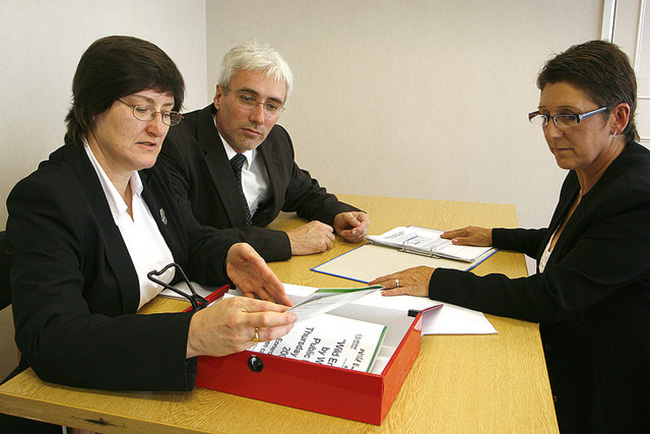 Last month department store Myer made the news for all the wrong reasons, after they hired Andrew Flanagan as Group General Manager of Strategy and Business Development. Mr Flanagan had applied for the job citing a great work history including being a managing director and vice-president with Zara, one of Myer’s rivals.

Just one day into his role, Flanagan was fired after Zara, who had caught wind of the hiring, called to say that Flanagan had never worked for them. And as the weeks roll on, various other revelations about Flanagan’s shady past are coming to light.

While it’s rare for recruiting mistakes to end up on the evening news, finding out who your candidates truly are is an art that many organisations struggle with – even multi-billion dollar corporations like Myer.

So while there’s no fool-proof plan for the perfect hire, we’ve put together a (non exhaustive!) list of some of the best interview tips we hope will help NFPs avoid the con-artists and find the passionate, dedicated staff you need.

It’s great to walk into your interview already knowing as much about your candidate as you can.

After you’ve read their application documents, if you’re planning to interview the candidate, dig a little deeper first. Most people now have a LinkedIn profile, and many also have a Twitter account; these, as well as a good-old Google search should show you at least what organisations they’ve worked for and maybe what projects they’ve worked on.

Looking at a candidate’s LinkedIn profile, you should also be able to see if you have any connections who they’ve previously worked with. This is definitely not an essential ingredient in a good candidate, but common networks or connections can help to build trust in a candidate.

If a candidate is missing a LinkedIn profile or other public evidence of their work that you’d expect to see (depending on their experience level, of course) then that should probably start to ring alarm bells for you.

It’s important to interview with at least one or two other people, if this is possible.

The benefit of a panel is that each person brings their own experience, and will often notice or remember different things about the candidate’s responses. You can share the questioning and have a good debate afterwards as to the pros and cons of each candidate.

By making your decision as a group you’ll also be more transparent in your decision-making, more confident that you’ve assessed all angles, and more likely to pick up on any interview answers that don’t add up.

From the moment your candidate arrives for the interview they’ll be forming impressions of you and your organisation.  Start off by building some rapport and making a candidate feel comfortable. A candidate who’s relaxed and comfortable at interview is far more likely to share more of themselves, which is ultimately what you want.

But once the interview gets started, remember that it’s an interview, not a conversation, so the candidate should do most of the talking. By actively listening you’ll be better able to pick up on any conflicting information or unusual hesitations that may alert you to discrepancies in what your being told.

And don’t forget to ask follow up questions if the candidate has avoided the question, or if you’re not happy with the answer they’ve given.

While skills and experience to do a job are important, making sure a candidate is the right fit for both a team and your organisation can be even more important.

Depending on the role, many skills can be learnt on the job, but passion, dedication and commitment to your mission can’t be.

While passion, personality and work style are often judged on gut instinct, there are some practical questions you can ask to see how your interviewee might fit into the team dynamic.

Does their answer match the way the team works? For instance, someone who wants lots of guidance might not be a good fit for a team that works mostly autonomously.

Does their response match the culture in your team and organisation?

1)    You ask the candidate for an example of previous work such as, “can you tell me about a time where you didn’t get on with a work colleague and how you responded to the situation?”

2)    Or, you can ask a candidate how they would act in a specific scenario i.e. “your boss has just given you an urgent piece of work to do but you are already swamped, what would you do?

The more detailed an example a person can give, and the more they are able to clarify their actions the more likely it is that they’re the real deal.

There is a lot of information coming at you at the same time in an interview – what the candidate is saying, what they’re leaving out, and also the things that their body language and tone of voice are communicating.

So make sure you make detailed notes of everything you can pick up during the interview. Having your interview questions printed out with lots of space for jotting down notes is useful and will make it easier for you to review after the interview.

Do you have any great interview techniques you’d like to share? Let us know in the comments below.