Good leadership is the key to staff engagement – but Australian leaders are lagging behind: new report 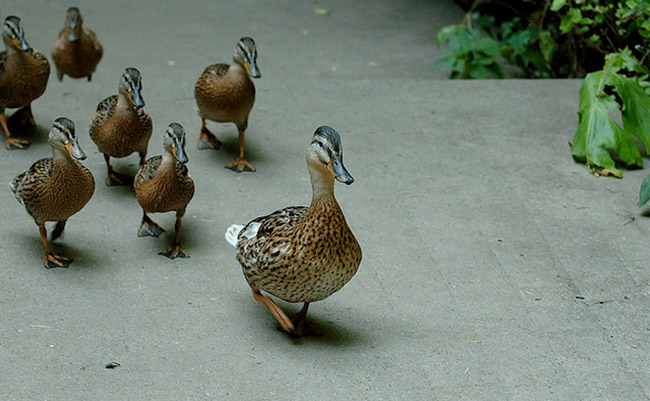 A new report has found that there’s one clear driver of staff engagement in Australia – and it’s not all about pay or job promotions. It’s about leadership at the top level.

According to the 2014 Global Workforce Study by Towers Watson, engaged staff spend extra discretionary effort on their jobs, have the resources and support they need to do their jobs effectively and have the emotional and physical support they need to feel good at work. All key ingredients for your organisation to achieve its mission, keep staff around for longer and reduce turnover.

In fact, in their survey of 1000 Australian workers, of those who perceive their leaders – be they a manager or a CEO – as effective, 72 per cent are highly engaged and only 3 per cent are disengaged.

An ineffective leader, on the other hand means that just 8 per cent are highly engaged with the majority – 56 per cent – disengaged.

“For the first time, leadership is the biggest driver of sustainable engagement. While it has always been a significant contributor, leadership is now more important than ever before,” the report says.

Unfortunately what the report also found was that – when it came to effective leadership – Australian workplaces are lagging behind.

Less than half (44 per cent) of Australian workers say their senior leaders are effective, compared to 52 per cent globally.

Immediate managers fare slightly better with 57 per cent of respondents rating them as effective, compared to 61 per cent globally.

Given that alongside these numbers a significant portion of workers are disengaged (28 per cent) and considering leaving their jobs (31 per cent), it’s clear that there is significant room for Australian workplaces to improve their leadership, and increase staff engagement as a result.

According to the report, Australian workers’ views of what makes an effective leader are quite unique.

While globally, workers rate a leader’s ability to manage change most highly, for Australian workers it’s all about “forward thinking”.

“Four of the top seven drivers of leadership effectiveness relate to a leader’s ability to envision the future by determining direction and clarify priorities,” says the report.

The report also found that when workers are judging leadership, the emphasis is on the performance of the CEOs and senior managers, rather than direct superiors.

“The well-known rhetoric ‘people don’t leave companies; they leave bosses’ may no longer be a reality. Employees have sent a strong message by saying that one of the top five reasons they would leave is the level of trust and confidence they have in their senior leaders,” explains the report.

Where should NFP leaders focus?

Towers Watson highlight that one of the most effective things senior leaders in organisations can do is focus their energy on up-and-coming leaders.

“With only 35% of employees feeling their organisation does a good job of developing future leaders, organisations now have the opportunity to up skill their managers and leaders to meet the challenge.”

So if you think developing future leaders is something that your organisation should be focusing on but isn’t, we recommend taking a look at our recent five part series on developing leadership – there’s lots of great tips in there!

What do you think of this new research? Are you surprised at how important staff consider senior leadership to be? We’d love to hear your thoughts in the comments below.