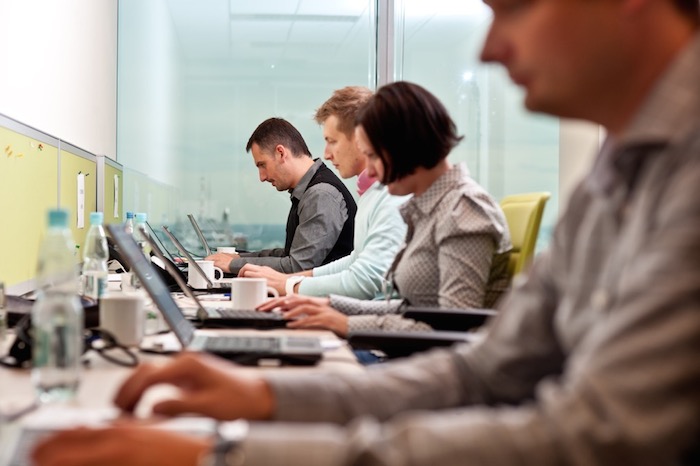 Would it surprise you to learn that just eight percent of organisations consider annual performance reviews valuable?

And that a further 45 percent of HR leaders think performance reviews are inaccurate in appraising an employee’s work, while 58 percent of managers say they’re an outright waste of time?

Employers and staff alike have long reviled performance reviews – and not much has changed in the 1,700-odd years since their inception.

But despite more than 90 percent of organisations using some kind of performance appraisal process, their efficacy is being rejected by increasingly large and high profile companies.

In the last six months alone, Accenture, one of the world’s largest consultancies with 330,000 staff; US industrial giant General Electric, another titan with over 300,000 staff; and Australian ‘big four’ bank NAB all announced they were ditching annual performance reviews in favour of a more flexible model with regular, informal discussions.

So why don’t annual performance reviews work? Here are six reasons your organisation should consider abandoning this outdated process:

By definition, performance reviews are planned in advance and adhere to a strict formula applied consistently to each staff member. While that sort of process might work if your aim is to compare different people – like in a job interview – if your aim is actually to help each individual do a better job, then a formulaic process will never work. Instead, informed by rigid rules and often mired in bureaucracy, performance reviews become overly formal, artificial imitations of what should be a spontaneous, individualised and constructive conversation.

In many organisations, annual performance reviews supplant organic feedback, which might then be ‘saved up’ due to a lack of time or in a nod to HR guidelines. But presented in genuine response to a staff member’s milestones and achievements, natural and spontaneous feedback is often much more valuable in both improving performance and boosting morale.

Many organisations allocate a specific time period within which they conduct performance reviews. The result? Managers are forced to cram too many appraisals into a short period of time – and faced with pressure and fatigue, it’s easy to see how this could degenerate into an unsatisfactory process where feedback is either cookie-cutter or totally unhelpful.

Say an employee is doing a great job, consistently meeting their responsibilities and delivering good outcomes within deadlines. One manager may appraise them very highly – after all, they’re doing their job and doing it well.

A different manager, however, may be tougher in addressing the assessment criteria – perhaps they save the highest feedback for staff doing truly extraordinary things in the fear it might leave no room for improvement. As a result, high performers can end up with lesser assessments than poorer performers, potentially creating dissatisfaction if outcomes are shared.

With many of today’s jobs being knowledge-based, traditional review methodology can also make it difficult to accurately measure outcomes like engagement, creativity and collaboration.

Though organisations have traditionally combined salary reviews with annual performance appraisals, this can lead the process into a salary pitch rather than the productive conversation it should be.

And since salaries are generally a function of budgets rather than performance, a staff member in receipt of a positive performance review might read negatively into the absence of a pay rise.

Constructive feedback is always valuable. The big question, however, is how it’s best delivered.

In our next post we answer the question: if performance reviews don’t work, what should replace them?

This post is based on an article originally published in The Australian (subscription required).

Does your organisation conduct performance reviews? Do you reckon they’re effective? We’d love to hear your thoughts in the comments below.