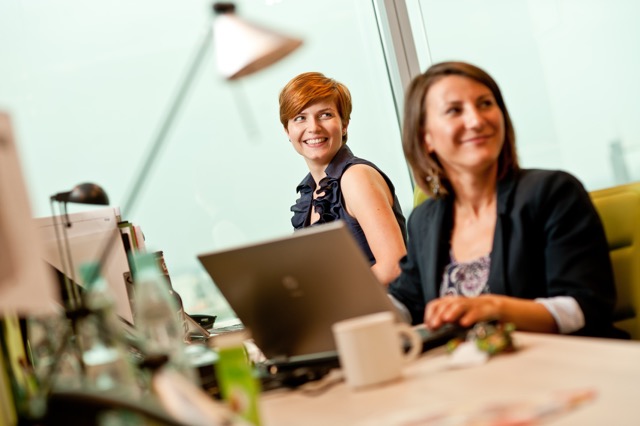 Would it surprise you to learn that making your job interview process more challenging for candidates could improve your staff’s long-term satisfaction?

In fact, just a ten percent increase in job interview difficulty could boost your workforce’s collective job satisfaction by up to 3.6 percent.

That’s according to employer review site Glassdoor, which separately analysed more than 3000 organisations and 154,000 individual job-seekers around the world to find out if harder job interviews lead to better job matches.

And because the benefits of satisfied staff can’t be overstated – higher productivity, loyalty, reduced staff turnover and profitability – is it time your organisation took a different tack in its interviewing strategy?

To determine the exact impact of interview difficulty on long-term job satisfaction, Glassdoor assessed a large sample of interview and company reviews by jobseekers from six developed countries – the US, UK, France, Germany, Canada and Australia.

The graph below shows the results of reviews submitted by jobseekers for 3,000 different companies. An analysis of the data shows a small but significant rise in employer satisfaction – about 3.5 percent – with every 10 percent rise in reported interview difficulty. 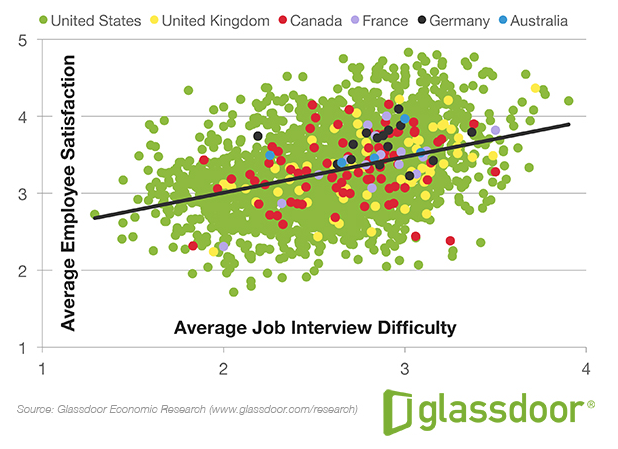 To confirm the findings, Glassdoor also analysed the individual responses of 154,000 jobseekers.

Feedback from these individual job-seekers shows the same result – although with a slightly weaker impact.

Surveyed at two different points in time – post-job interview and after a period of on-the-job experience – the individuals reported that a 10 percent harder job interview resulted in an average rise in job satisfaction of 2.6 percent.

The impact was actually strongest in Australia, where a 10 percent harder job interview saw individual long-term job satisfaction rise by 3.6 percent – the most in any country.

So how difficult should you make interviews?

We now know that a challenging hiring process can reap long-term benefits for your organisation. But is it possible to miss out on the improvements to job satisfaction by making the interview process too hard?

In other words, is there an optimum level of interview difficulty that leads to the highest level of employee satisfaction?

The answer, according to Glassdoor, is yes. Measuring the impact of various levels of job interview difficulty on a scale of one to five (one being the least difficult), the results show that job satisfaction peaks significantly at an interview difficulty rating of four – not easy, but not too hard.

Interestingly, job satisfaction in most countries declined at both the easiest and hardest interview level. 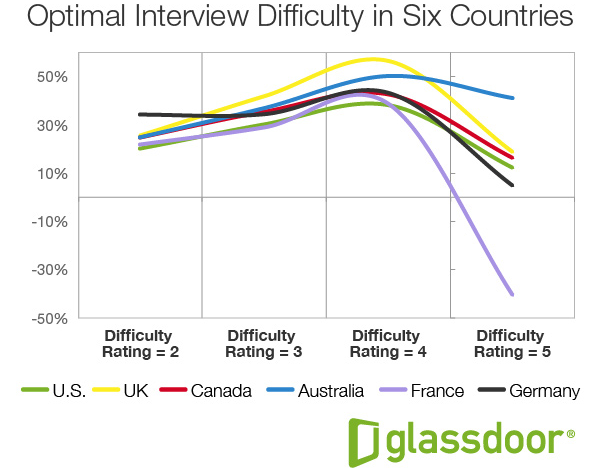 What does this mean? A possibility put forward by Glassdoor is that poorly designed, ‘easy’ recruitment processes aren’t stringent enough to effectively screen for appropriate candidates, leading to hiring mistakes and a weak organisational culture.

On the flip side, extremely difficult interviews could be indicative of a damaging, high-pressure work culture detrimental to employee health and satisfaction.

How to make interviews at your NFP more difficult

Many NFP organisations approach job interviews with the same timeworn questions that candidates will be well prepared for, like ‘What’s your greatest strength/weakness?’ and ‘Where do you want to be in three or five years’ time?’ Candidates expect these, and they’re often armed with rehearsed responses.

According to Google, such questions are worthless in uncovering the right people for your organisation. Instead, 85 years of hiring data shows that the best interviews are highly structured with a focus on rigorous behavioural and situational questions – which make candidates think on their feet – ultimately boosting job satisfaction down the road.

You can find examples of these types of questions here.

Coupled with other demanding recruitment methods like practical tasks and mental ability tests, this approach should place your organisation in a strong position to find better-matched staff.

This post is based on research compiled by Glassdoor.

Would you consider making your organisation’s job interviews a little more difficult? We’d love to hear your thoughts in the comments below.