A small change to your job ads could significantly increase applications 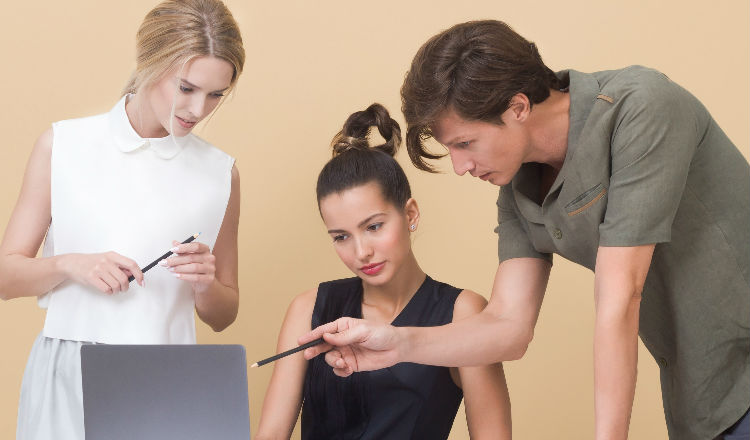 Could you be missing out on a heap of incredible applicants for your jobs, just because people aren’t clicking through to your job ads?

It’s the question that almost every manager or recruiter asks themselves at some point: Why aren’t the right people applying for this role?

If your ad isn’t getting the response you’re looking for, there are hundreds of possible reasons, but have you considered that one of them could be as simple as needing to use a different title?

What’s in a name?

“We have a fairly rigorous recruitment process at EthicalJobs.com.au” says Maddie McMaster, the organisation’s General Manager.

But earlier this year, EthicalJobs.com.au struggled to fill a Team Coordinator role – a “jack of all trades” role needing excellent organisational skills to coordinate a variety of projects across the team, manage the office and have responsibility for a wide range of administrative tasks.

“It’s the sort of role where you’d usually expect a big response – a role where a variety people with different types of experience or backgrounds might be a fit,” Maddie says.

However, the response to the ad was underwhelming. After reviewing applications and conducting some interviews, it was apparent that many applicants weren’t appropriate to the role.

“This role didn’t have any management responsibility, which many of those applicants seemed to be looking for,” Maddie says.

Rather than be disheartened, Maddie took a different approach, changing the job title to “Administration Coordinator”.

“Suddenly the floodgates opened,” she says.

“Even though the role still sat in the Administration category on the EthicalJobs.com.au site, this one word change made a huge difference when it came to attracting the right candidates.”

“Administration roles are generally very popular on EthicalJobs.com.au, so the change resulted in  a lot more applications, which did take more time to review. However, the candidates coming through were much more appropriate.”

“After an extended recruitment process, we were able to whiz through the interview process and ended up hiring a fantastic person for the role.”

Don’t be bound by internal language

For some, changing the title in a job ad can feel like a no-no, particularly if the title doesn’t match the internal language that’s used for the position. However, it’s worth keeping in mind that the title you advertise externally doesn’t necessarily need to be the same as the final job title.

“Organisations often have acronyms or internal jargon in their job titles that don’t really mean anything externally,” Maddie says.

“For example, an internal title might relate to a grant or funding stream under which the position is funded, but ‘youth support worker’ might be a lot more meaningful to relevant candidates and inspire them to click through to read more  about the job.”

However, Maddie cautions, it’s important that the title you use does accurately reflect the role to attract the right type of candidates.

“Changing our Team Coordinator title to Administration Coordinator only worked because that role had such a large administrative focus,” Maddie says.

“If you change the job title to attract more candidates, but the title isn’t representative of the role, you may find yourself with a lot of extra work filtering through candidates that aren’t the right fit.”

Maddie also advises organisations to communicate to candidates any anticipated changes to job titles. While most candidates may be open to a different job title, it’s important that prospects know of any changes before they accept the job offer.

The EthicalJobs.com.au Administration Coordinator role has since been rebadged as “Projects and Operations Coordinator”.

3 things to consider when advertising a role

1. Be flexible with your recruitment timeline

If you’re recruiting for a new role – or just an unusual role – give yourself more time to recruit. This will allow you the flexibility to try different titles for the role.

For example, try advertising the job with your first title for a couple of weeks, then assess the responses you’ve had against your selection criteria or ideal candidate profile.

If you haven’t found the candidate you were really looking for, try advertising again with a different title, and consider updating the job ad too.

2. Do some research into alternative job titles

When it comes to creating your ad, brainstorm the different type of roles your ideal candidate could be looking for, as well as what sort of search terms they could use on job sites like EthicalJobs.com.au.

If the role is not a new one for your organisation, consider asking the person currently in the role – or in a similar role – what sort of alternative titles would be most attractive to them.

If it’s a new role for you, spend some time searching sites like EthicalJobs.com.au for similar roles, and take note of the different titles other organisations are using.

Come up with your top two or three, and invest the extra time and effort you’ll need to give them a try.

3. Make sure your key selection criteria aren’t too specific

When writing up the selection criteria for your ad, make sure you separate the “nice to haves” from the “need to haves”.

Research indicates that women in particular are unlikely to apply for roles if they don’t meet 100 per cent of the selection criteria, so highlighting what is and is not essential is another key to maximising responses.

Common selection criteria that may not be as essential as you think include:

Hopefully there’s now a few sensible tweaks you can now make to your current – or future – job ads that might make all the difference in attracting the perfect candidate for your role!