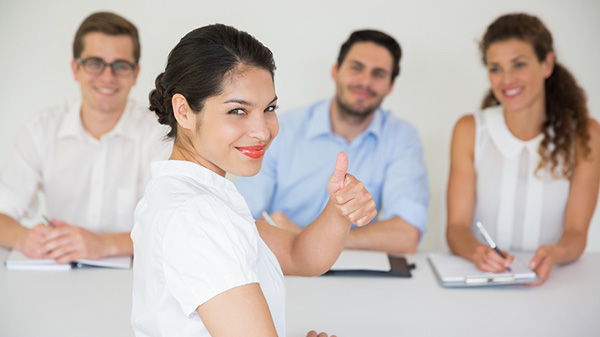 Could you imagine having to manage not one, not two – but  five organisational restructures in four years?

That’s the task that homelessness organisation HomeGround Services was faced with when it had its funding was cut and staff found themselves having to reinvent the organisation multiple times in in just four years.

Not only did General Manager of Client Services Zoe Vale and HR Manager Melanie Hollows come out of the process with their sanity intact, but they also managed to increase staff engagement in that time, too.

Here are six things that Vale and Hollows say made their restructuring a success for the organisation:

By being open and transparent at every stage of the restructure, they were able to alleviate staff anxiety about the pending changes. This tactic also strengthened the relationship between staff and management.

“Investing in good communication helped to build trust, which has been a significant ingredient in our change success story.  One of the highest scoring items in our 2013 staff survey was “my direct supervisor is trustworthy,” say Vale and Hollows.

The consultation process at HomeGround Services included a number of activities including;

Vale and Hollows say that less formal consultation was also important to the organisation.

“Senior managers were also aware of the importance of informal communication, and did a fair bit of ‘hanging around’ at different times – just to make themselves available to answer questions in a less formal setting.”

This is the area that the team say they felt the most resistance from staff.

“A freeze on job recruitment did cause some inconvenience to the teams who were temporarily carrying a greater load or who needed to train up casual or temporary staff in the interim period.”

It was here, they say, that a healthy dose of empathy was important.

“It was acknowledged all the way through that this situation was difficult, and staff were made aware how much their efforts in supporting their colleagues was appreciated.”

Ultimately, freezing all recruitment meant that staff who needed to be redeployed had as many options available to them as possible.

4. Support to staff who were redeployed or made redundant;

HomeGround Services also thought outside the box when it came to supporting staff through the transition. Some of the support mechanisms they used included;

It was important to the HR team at HomeGround Services that their staff felt in control at all times. This meant offering them as many choices as possible when it came to their next career moves.

To support staff in their decision-making the organisation offered:

“We have found that staff place a great value on feeling empowered and in control of their destiny.  Building in choice and flexibility to our processes has meant that staff have largely fell on their feet and we have mostly avoided the need to impose an unwanted outcome on a staff member.”

“Respect is one of our organisational values, and is has been essential for us to afford this to our staff much in the same way we afford it to our clients,” say Vale and Hollows.

One example of this is the HR team provided interview questions in advance to workers who had to reapply for roles, so they were not put under any undue stress

They also wanted to ensure that retrenched workers were treated well upon their exit.

“We have celebrated the work of the individual and their program, held proper farewells and have allowed them to have a say in how their departure has been managed.”

The HR team at HomeGround Services estimated that each restructuring process took at least 2 months from the first announcement of change to when staff were given notice of voluntary redundancies.

They realise that not all organisations will have the luxury of time when implementing restructures and offer these suggestions for organisations with shorter timelines.

“Some of our steps such as offering a careers workshop could prove impossible, but staff could still be offered some quick one –on-one sessions with a counsellor where there are choices available to them.”

“Otherwise, organisations can still provide support to staff post-retrenchment if this is the outcome.  I think the main thing is to invest in good communication and a consultative process. It’s worth getting all hands on deck to do the best job you can in the time you have to work with.”

Have you ever had to manage an organisational restructure? What were some of the tactics that you employed to keep staff engaged? We’d love to hear your thoughts in the comments below!