Is funding uncertainty affecting your organisation’s recruitment and retention? The Senate wants to know. 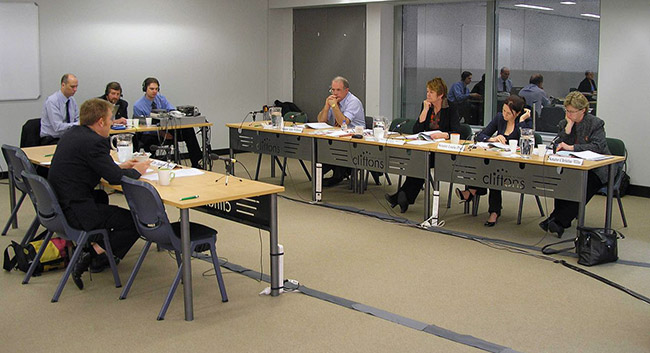 The Senate has invited community organisations to make submissions to a new inquiry into the “shambolic” Department of Social Services (DSS) grants process that left many not-for-profit organisations and community workers’ jobs in limbo late last year.

$271 million was cut from the DSS budget over four years and the resulting grants process proved a disaster for many organisations from day one.

The inquiry will look at the impact of the cuts on organisations – which included the announcement of massive cuts to vital services just before Christmas. Many organisations have been left in limbo for months waiting to find out the terms of successful grants, and whether they can keep staff employed, and their doors open.

Greens Senator Rachel Siewert – who initially called for the inquiry – said the grants process was “a debacle that has [sent] seismic shockwaves through community services” and welcomed the Senate’s support for the inquiry saying:

“The inquiry will thoroughly examine the Government’s decision making process and the way they have gone about delivering these significant and harmful cuts. The inquiry will examine the impact of these cuts on the service quality, efficiency and sustainability of the sector, as well as the ability of organisations to properly advocate on behalf of their clients.”

Community Council of Australia CEO David Crosbie says the uncertainty caused by the grants process had a significant impact on the sector’s ability to recruit and retain staff:

“Uncertainty is one of the greatest barriers to Not for Profit sector organisations being able to effectively serve their communities. Increasing uncertainty leads to less investment by organisations in critical areas like; recruiting and retaining high quality staff, investing in the future capacity of the organisation, seeking to improve the quality of programs and services, seeking to generate new sources of income.”

Has your organisation’s recruitment and retention of staff been affected by the DSS’s grants process?

It’s valuable for the Senate to receive as many submissions as possible, so if your organisation has been affected, please consider telling your story and making a submission by March 20 – click here for details.

We’ll be sure to keep you posted as to the outcome.

Will you be making a submission to the inquiry? We’d love to hear your thoughts in the comments below.