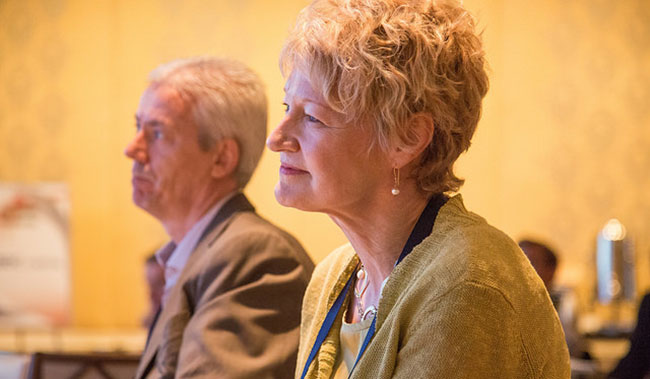 Compassion. Integrity. Responsibility. Forgiveness. As a not-for-profit professional there’s a good chance you hold these character traits dear. As a leader in your organisation, they may also make you up to five times more effective.

These four moral principles were selected by a group of US researchers who wanted to find out whether highly principled CEOs tend to create more successful organisations. The results are quite remarkable.

The study, conducted by leadership consultancy KRW International, and published in the Harvard Business Review, involved asking 8,000 employees at nearly 100 companies and not-for-profit organisations across the US to rate their leaders in the four areas of ‘good character’. In addition, the research included interviews with the leaders themselves and analysis of the organisations’ financial results over two years.

From the data obtained, two very distinct styles of leaders emerged at each end of the personality spectrum.

“Virtuoso CEOs” received very high scores in the four categories. Employees spoke about their interest in the common good, their empathetic natures and their propensity not to dwell on mistakes.

“Self-focused CEOs”, on the other hand, received very low scores. Their employees mentioned their tendency to tell lies in order to protect themselves, to pass blame, their concern for their own financial wellbeing and lack of regard for others.

The ramifications for organisations

The important question is whether these leadership styles affect the performance of the organisations or not. The resounding answer from the study was yes, and significantly so it seems.

The study found that organisations run by Virtuoso CEOs had an average return on assets of 9.35% over a two-year period – well over quadruple the return on assets for the self-focused group, whose companies only averaged a 1.93% return. In other words, highly decent, empathetic and honest leaders led vastly more successful organisations than their less scrupulous counterparts.

While leadership styles – particularly in senior leaders – often seem highly ingrained, it is far from impossible to improve, evolve or even change styles dramatically.

KRW International’s cofounder is Fred Kiel, a man for whom the study was something of a scientific exploration of his personal experience as a business leader. He told the Harvard Business Review, who wrote about the study in April, that he himself had once been a selfish CEO.

“While I never engaged in any illegal behaviour, I’m sure many of my colleagues in those days felt that I was more than willing to throw them under the bus if it meant success for me,” Kiel said.

However as he approached middle age he began to change his ways, revealing in a recent interview that “my dad would often talk about men who were the kind of person I’d become – he described them as having a big hat but no cattle,” Kiel said.

Subsequently Kiel transformed his thinking and behaviour over a long period of time, “unlearning” deeply embedded bad habits. “I repurposed my life. I rewired my brain. I ditched the self-focused habits and concentrated on becoming the person I wanted to be. With the help of many lengthy discussions with close friends and my wife, I found that I was able to connect my head to my heart.

Another interesting finding from the study was that even the “virtuoso” CEOs were able to discover areas in which they could develop themselves and their organisations.

Charles Sorenson is the CEO of not-for-profit health group, Intermountain Healthcare, and was one of the highest-scoring leaders in the study.

“[I]t’s wonderful to have an objective measure of culture and behaviour. We had some room for improvement—but that’s OK. I’m suspicious if a report card is too good,” Sorensen explained.

“One [employee] wrote that it doesn’t always feel safe to disagree with management. We’ve made progress there, so I was a little disappointed. There was also a comment about conservative attitudes toward women. That’s an oucher for me. We have a lot of terrific women in senior positions.”

Fred Kiel says that everyone’s experience is different, but that change is always possible.

“There are… some tried and true ways to go about changing one’s character habits. [The] first step is find out how others experience you – to pop the bubble you live in.”

Does it surprise you that there’s such a strong link between compassionate, magnanimous leaders and strong organisational performance? What’s your experience been like? We’d love to know what you think in the comments below.