What Jeff Bezos, CEO of Amazon, has to teach NFP leaders about high standards 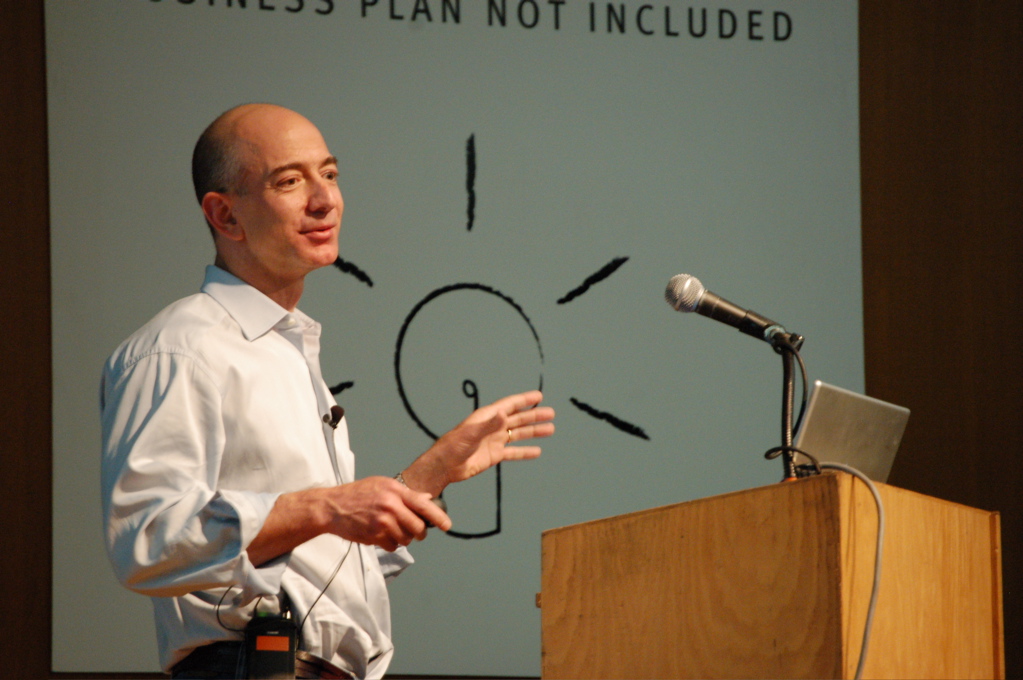 Nobody’s perfect, hey? But that doesn’t mean that striving for greatness is something that leaders can or should ever give up on.

According to Jeff Bezos – founder and CEO of e-commerce behemoth Amazon, and now the wealthiest person in the world – high standards are an essential part of building a successful organisation.

Every year, Bezos writes a letter to his shareholders to update them on goings-on in what is recognised as one of the most innovative companies in the world.

In his annual letter to shareholders for 2018, Bezos waxes lyrical about one of Amazon’s 14 Leadership Principles:

“Insist on the Highest Standards. Leaders have relentlessly high standards – many people may think these standards are unreasonably high.”

And while you might wonder about how much a billionaire has to teach leaders in the NFP sector, Bezos’ words are hugely relevant for leaders in any organisation, of any size.

So here’s Jeff Bezos’ take on high standards, and why you should care about them:

I’d like to share with you the essentials of what we’ve learned (so far) about high standards inside an organization.

First, there’s a foundational question: are high standards intrinsic or teachable? If you take me on your basketball team, you can teach me many things, but you can’t teach me to be taller. Do we first and foremost need to select for “high standards” people? If so, this letter would need to be mostly about hiring practices, but I don’t think so.

When I started Amazon, I had high standards on inventing, on customer care, and (thankfully) on hiring. But I didn’t have high standards on operational process: how to keep fixed problems fixed, how to eliminate defects at the root, how to inspect processes, and much more. I had to learn and develop high standards on all of that (my colleagues were my tutors).

Understanding this point is important because it keeps you humble. You can consider yourself a person of high standards in general and still have debilitating blind spots. There can be whole arenas of endeavor where you may not even know that your standards are low or non-existent, and certainly not world class. It’s critical to be open to that likelihood.

What do you need to achieve high standards in a particular domain area? First, you have to be able to recognize what good looks like in that domain. Second, you must have realistic expectations for how hard it should be (how much work it will take) to achieve that result – the scope.

Let me give you two examples. One is a sort of toy illustration but it makes the point clearly, and another is a real one that comes up at Amazon all the time.

A close friend recently decided to learn to do a perfect free-standing handstand. No leaning against a wall. Not for just a few seconds. Instagram good. She decided to start her journey by taking a handstand workshop at her yoga studio. She then practiced for a while but wasn’t getting the results she wanted. So, she hired a handstand coach. Yes, I know what you’re thinking, but evidently this is an actual thing that exists.

In the very first lesson, the coach gave her some wonderful advice. “Most people,” he said, “think that if they work hard, they should be able to master a handstand in about two weeks. The reality is that it takes about six months of daily practice. If you think you should be able to do it in two weeks, you’re just going to end up quitting.”

We don’t do PowerPoint (or any other slide-oriented) presentations at Amazon. Instead, we write narratively structured six-page memos. We silently read one at the beginning of each meeting in a kind of “study hall.” Not surprisingly, the quality of these memos varies widely. Some have the clarity of angels singing. They are brilliant and thoughtful and set up the meeting for high-quality discussion. Sometimes they come in at the other end of the spectrum.

In the handstand example, it’s pretty straightforward to recognize high standards. It wouldn’t be difficult to lay out in detail the requirements of a well-executed handstand, and then you’re either doing it or you’re not. The writing example is very different. The difference between a great memo and an average one is much squishier. It would be extremely hard to write down the detailed requirements that make up a great memo. Nevertheless, I find that much of the time, readers react to great memos very similarly. They know it when they see it. The standard is there, and it is real, even if it’s not easily describable.

Here’s what we’ve figured out. Often, when a memo isn’t great, it’s not the writer’s inability to recognize the high standard, but instead a wrong expectation on scope: they mistakenly believe a high-standards, six-page memo can be written in one or two days or even a few hours, when really it might take a week or more!

They’re trying to perfect a handstand in just two weeks, and we’re not coaching them right. The great memos are written and re-written, shared with colleagues who are asked to improve the work, set aside for a couple of days, and then edited again with a fresh mind. They simply can’t be done in a day or two. The key point here is that you can improve results through the simple act of teaching scope – that a great memo probably should take a week or more.

Beyond recognizing the standard and having realistic expectations on scope, how about skill? Surely to write a world class memo, you have to be an extremely skilled writer? Is it another required element? In my view, not so much, at least not for the individual in the context of teams.

The football coach doesn’t need to be able to throw, and a film director doesn’t need to be able to act. But they both do need to recognize high standards for those things and teach realistic expectations on scope. Even in the example of writing a six-page memo, that’s teamwork. Someone on the team needs to have the skill, but it doesn’t have to be you. (As a side note, by tradition at Amazon, authors’ names never appear on the memos – the memo is from the whole team.)

Building a culture of high standards is well worth the effort, and there are many benefits. Naturally and most obviously, you’re going to build better products and services for customers – this would be reason enough!

Perhaps a little less obvious: people are drawn to high standards – they help with recruiting and retention. More subtle: a culture of high standards is protective of all the “invisible” but crucial work that goes on in every company. I’m talking about the work that no one sees. The work that gets done when no one is watching. In a high standards culture, doing that work well is its own reward – it’s part of what it means to be a professional.

So, the four elements of high standards as we see it: they are teachable, they are domain specific, you must recognize them, and you must explicitly coach realistic scope. For us, these work at all levels of detail. Everything from writing memos to whole new, clean-sheet business initiatives. We hope they help you too.