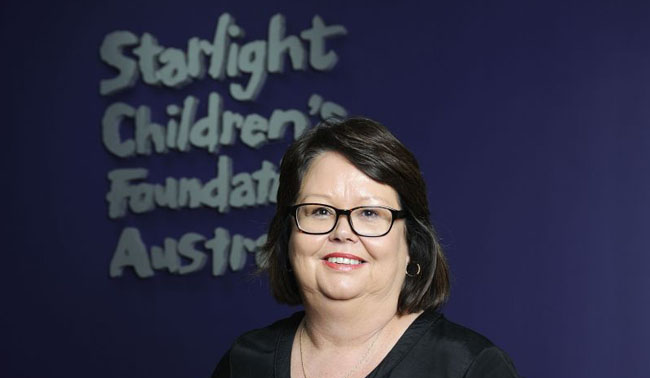 Susan Henry is the Head of People & Culture at Starlight Children’s Foundation. Since Susan joined in 2001, Starlight has twice been accredited as an Aon Hewitt Best Employer, with staff engagement currently sitting at a phenomenal 89%.

In the lead-up to her presentation at the 2015 Not-For-Profit People Conference, Susan spoke with us about how Starlight was able to come out of the lows of the Global Financial Crisis to turn things around and race towards their target of 100% staff engagement.

So Susan, why is employee engagement so important for not-for-profit organisations?

I think that every organisation aspires to have an engaged team because the evidence is there: if people are engaged they’re happier, they’re healthier, they achieve great results. And I think if they’re positive and they come to work each day in a positive frame of mind they’re more likely to be innovative and creative as well.

That’s what we need to tap into, particularly in not-for-profits [because so many NFPs are working with limited resources]. I think we need people who are really resourceful.

How did your journey to high levels of employee engagement at the Starlight Children’s Foundation begin?

We really started on the current journey to our high levels of engagement post the Global Financial Crisis. We were fairly knocked around in terms of a decline in donations, which had an impact on our team. We had to cut programmes, we had to cut people, and we pretty quickly then had to get people aligned and engaged and moving forward in a positive direction.

So the engagement and retention strategy really came out of quite a difficult time for us, where we had low levels of morale, high turnover, high disengagement and you can’t really achieve anything with that as your basis. That’s where it really all started.

It’s been a five-year journey so far. We’ve improved year-on-year, not only through our employee engagement, but in all our metrics, including expanding our programmes [and] increasing our revenue year-on-year.

So the plan was attached to a broader organisational and HR strategy?

It was part of the organisational strategy. The whole strategy was around positive Starlight experiences and wanting people to be advocates for Starlight… including our volunteers, the health professionals and families who receive our programmes, and our donors and supporters, who really make a difference and who allow us to do the important work that we do.

What’s contributed to the strategy being so successful in a relatively short amount of time?

A couple of things… I think that saying to people “your employment experience is really important” sends a powerful message. And then backing that up with our HR practices and processes and having that supported by the senior leadership team really speaks volumes to everybody.

I think what worked in terms of the team engagement was that we actually listened to people. We collaborated, we listened and then we acted. So we had a sense of “you tell us what’s important – we will do that”. And we built trust and were able to take everyone on that journey. It’s one thing to say your employment experience is important; it’s another to back it up with actions.

Have you been measuring engagement annually over this period?

Yes we have been. We’re now at around eighty-nine percent engagement. And we’re striving for one hundred percent.

Congratulations on winning your AON Hewitt Best Employers Awards. We’re curious to know whether that’s influenced the way you approach your other people initiatives?

What it’s really done is reinforce for us that our approach is working and that our focus on people is really paying dividends, not only in terms of our engagement but our performance as an organisation. It’s that listening to people and acting, and I think that’s the thing we can continue to do. We can continue to survey. We can continue to understand what’s top-of-mind for people.

Has it informed your recruitment strategy as well?

Yeah, it’s absolutely working for us in terms of our attraction strategy. We were also number seven in the Great Places To Work in Australia last year, so we now have people coming to us because the message is getting out.

And that’s our biggest challenge: attracting the talent we need. But if people internally are having a great experience then that message gets out and people want to be part of something that’s exciting.

Want to ask Susan about how Starlight’s employee engagement process might apply to your organsiation? Ask her in person at the 2015 Not-For-Profit People Conference on 16 and 17 November, where she’ll be presenting a workshop called: ‘100% staff engagement – is it possible? Lessons from Starlight Children’s Foundation’s award-winning employee engagement strategy’.