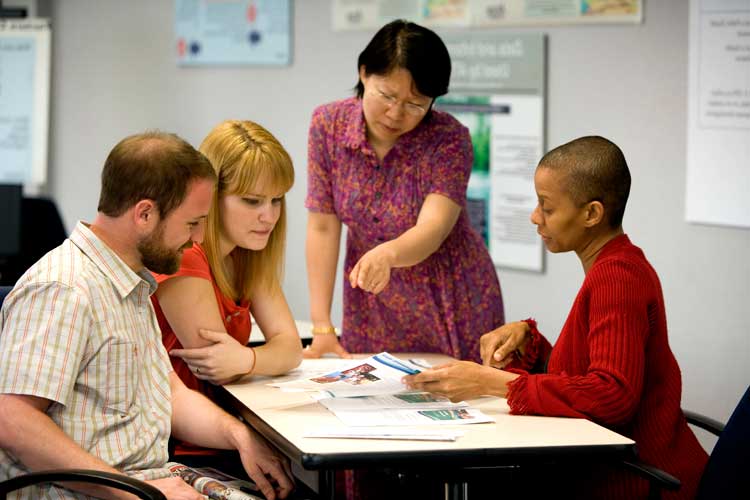 Office Politics: in most organisations they’re probably unavoidable. But when manoeuvring for power or influence becomes more important to staff or volunteers than your NFP’s purpose or mission, then organisational dysfunction is probably just around the corner.

When a group of people come together in a work context, the strategies and schemes they might employ to their own advantage can be difficult to stamp out.

So what can you do as an NFP leader or HR professional to stop office politics taking hold?

With almost 15,000 employees, Facebook has some serious experience with office politics – and they’ve come up with five tactics that they’ve found useful in preventing politics taking hold and keeping their organisational culture healthy.

Facebook’s global head of engineering and infrastructure Jay Parikh recently shared them with HBR, and there’s some valuable lessons in there for Australian NFPs too:

1) Use interviews to screen out empire builders, self-servers and whiners

Of course skills and experience are important in every interview, but Facebook also uses interviews to assess candidates’ ability calibrate to a team environment.

To determine this, ask questions that prompt discussion and lead to follow-ups, like:

You want them to demonstrate that they prioritise their organisation first, followed by their team and then themselves. That makes it more like that that’s how they’ll behave once they’ve joined your organisation.

Climbing to a management position is a traditional career ‘win’ many people strive for – and with competition for limited management roles comes inevitable politics.

Parikh says Facebook combats this by framing a progression into management as a lateral move rather a promotion. Managers aren’t there to tell staff and teams what to do – they’re trained to support and develop them, build great teams, and help people grow their careers. And that perspective has become so deeply embedded in Facebook’s culture that some managers have stopped saying things like ‘my team’ in favour of ‘the team I support’.

That doesn’t mean that no one is in charge – Parikh writes that managers still perform roles like moderating, facilitating and tie-breaking. But individual staff have a significant role in informing team direction and goals – roles more traditionally left to managers exclusively.

If you’re disincentivising the climb to management, you’ll need to provide other methods by which to challenge and develop staff. For example, Facebook encourages staff to participate in month-long projects outside of their regular responsibilities, which keeps teams from stagnating and helps retain staff who might otherwise leave for greener pastures.

3) Create a culture of openness and transparency

When everyone in your organisation is on the same page, ‘politicians’ have a harder time gaining traction with their agenda.

For example, each interviewer writes and logs feedback following each job interview – independently. And each interviewer gets to see everyone else’s opinions – but only once they’ve submitted their own, minimising chance of pressure from other interviewers.

Facebook also administers biannual 360-degree reviews, bringing feedback from all directions of the organisational hierarchy. Managers are reviewed by their teams, and also by colleagues outside their teams, And that feedback is reviewed by multiple people – including HR – to ensure friendships or personal conflicts between staff don’t get in the way of transparency and fairness.

Parikh says this step is probably the most important of all – and the most difficult. ‘Politics’ can be an easy scapegoat when work is difficult, so managers at Facebook are trained to help staff get to the core of any issues.

If a staff member cites politics as the cause of a problem, managers should try to dig deeper by asking questions like, ‘What do you mean by that?’ or ‘Can you tell me the specifics of the situation?’ to get to the source of what the person has experienced.

Parikh says that often when staff are upset about a “political” decision, the issue is in fact due to poor communication. A manager who’s trained to communicate well can bring the true reasons for a decision to light by providing additional context about the organisation’s priorities.

These tactics won’t completely eliminate politics of course, but they’ll help to create a more open and accountable culture where political manoeuvring is minimised.

And if you experience resistance to these strategies from within your organisation? Work at least to embed them in your team: make your expectations clear, lead by example and hold yourself and your team accountable instead of placing blame on others. ‘The team you support’ will be all the better for it.

Do you try to avoid politics in your organisation or in your team? We’d love it if you’d share your ideas for other NFPs in the comments below.