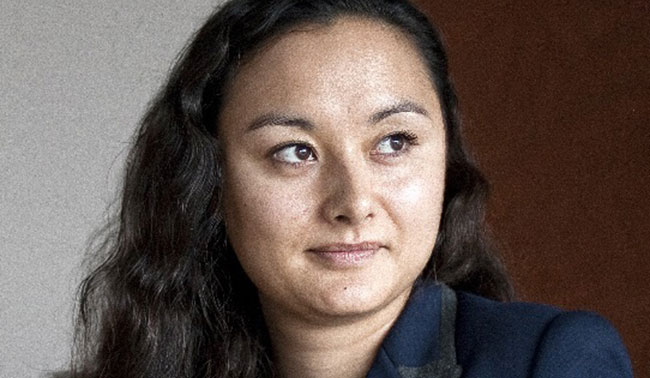 Yumi Stamet is a Workforce Adviser for the National Disability Services (NDS), specialising in workforce and organisational change due to sector reform.

Yumi hails from the Netherlands, and in the lead-up to her presentation at the 2015 Not-For-Profit People Conference, Yumi spoke with us about Buurtzorg – a Dutch NFP that has grown from just 4 staff in 2006 to over 8,000 staff today, by pioneering a system of self-managing teams. Buurtzorg has the most satisfied workforce of any Dutch company with more than 1,000 employees.

Yumi explains what the not-for-profit sector in Australia can learn from one of the great success stories in the international community services sector.

Great to be speaking with you Yumi! You migrated to Australia to work with NDS – as an outsider, can you tell us what your first impressions and thoughts about Australia’s NFP sector were?

It became pretty clear from the get go – in my first talks with the disability providers here in the ACT – that their workforces were a big thing in this reform [the introduction of the NDIS]. It was a big part of getting this right. And there were quite a lot of concerns about what this would do to the labour market and a fear that it wouldn’t make things better. And that just made me look back at what kind of solutions I have seen in other countries.

I did a short presentation on one of the models I’ve seen in the Netherlands that has worked really, really well and people just jumped on it. They said “Yeah, this is exactly the kind of answer we’re looking for.”

Could you give us a brief overview of that model – an organisation called Buurtzorg – and how it revolutionised the way that care is delivered in the Netherlands?

What you saw in the Netherlands ­was that social services were being delivered in a much more competitive and market-driven way, especially for aged cared and in-home care – organisations were becoming bigger and bigger to reach that economy of scale.

What eventually happened was that there was a complete disconnect between what people wanted from these services and what management was designing as a system for delivering these services.

It was actually a case of some organisations, for example, those delivering in-home care, they started timing how long it would take to put on a compression stocking or give someone an injection. So workers were told “You have to go to Mr Smith and he needs this care and we feel this – often just a few minutes – is the efficient time to do this in.” And workers needed to be out of the door and onto the next person in just a few minutes.

One guy – a manager – who was in this system, he just felt like “this is not working and this is not the way I want to work.” He’s a community nurse, so with a few like-minded people he set up his own organisation and decided that the patient or client would be the centre of their service delivery.

And the way they did that was by creating self-managed teams of community nurses in specific neighbourhoods. Each team would have complete control over how they would provide services to the people in their neighbourhood.

And it absolutely worked.

So has creating those self-managing teams impacted on employee engagement?

Very much, because staff really felt they had their jobs back. They really felt like they could use all their skills – and not just their medical ones, but their organising skills and their planning skills – and really work together to make the best decisions with clients on how they can use the services.

Working in that way created a sense of purpose and a sense of really being able to change people’s lives and that was the reason why people started in these jobs in the first place. Nobody wants to be that person who just gives that [injection] and then runs out the door again.

Some managers would view self-managed teams as a risky idea. Would you agree?

It depends on how risk-averse you are. When I came to Australia what struck me coming from another country that I hadn’t expected is a lot more risk-averse attitude here than I’m used to. A really, really strong emphasis on compliance and risk management. Everything is looked at from a “What if it goes wrong” [perspective].

The self-managed teams, as they’re being used at Buurtzorg, are really based on trust. They are also completely accountable for what they do. That is the flipside of this freedom.

What you do need to do in these types of teams is make sure they have really rigorous training in joint decision making, in communication, in conflict management, so they know how to work as a team.

How much potential is there for the Australian not-for-profit sector to adopt this sort of management structure? Or is change already happening?

It is already changing because it needs to change, especially with the NDIS in the disability sector. There’s nobody who can operate in the same way that they did before. The challenge for many organisations is to be able to find a way of changing.

With models like Buurtzorg and others that I’ve presented [at conferences] there was a definite appetite for these kind of things. The next step now is to really test and see how they work in Australia – particularly in a system like the NDIS.

I strongly believe that it can work here. It will need to adapt and it will never look exactly the same as Buurtzorg, which is impossible. Each and every country or system needs to find their own way of doing it.

For some, they will never go to fully self-managed teams. There are different levels of empowerment and engagement. But I think that it is the way to go for the sector because [the funding environment] will be much more competitive and it will be clients in control – they will decide which organisations will survive and which won’t.

What are you most looking forward to about the Not for Profit People Conference?

For myself, working in the disability sector, I definitely see that what we are doing here and the models that we are looking at are definitely not just for disability organisations; they would work across the not-for-profit sector as a whole.

It will be really interesting to hear what other people in other parts of the not-for-profit sector think and feel about these kinds of models: how they can be made applicable. Hopefully it inspires them to think a little bit differently about how things can be done.

Yumi will be presenting the Buurtzorg case-study in detail in her workshop ‘Lessons from the world: How innovative NFPs overseas are engaging and empowering staff to increase their effectiveness and efficiency’ at the 2015 Not-For-Profit People Conference on 16 and 17 November.