Why you should let your stakeholders into your recruitment process 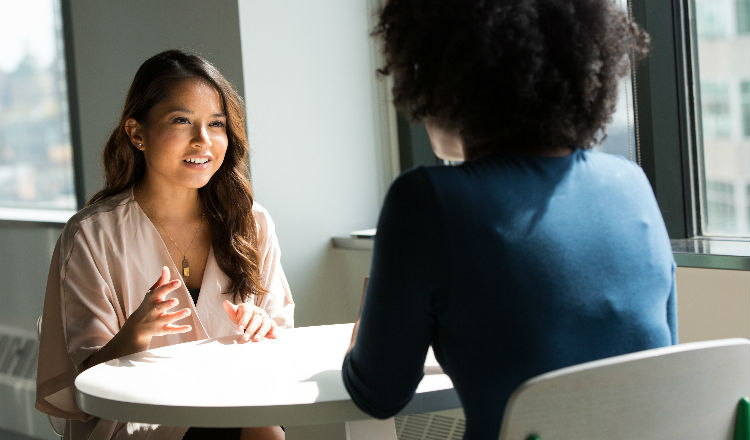 What happens when you take the feedback of clients, carers and community, and use this to inform the way you recruit your staff?

It may sound fraught with challenges, but this approach is how primary health service organisation Star Health has structured its entire recruitment strategy, and to great effect.

Together with staff, it’s the clients and consumers who have helped shape the organisation through a process that, when considered more closely, makes a lot of sense.

According to Star Health’s Community Engagement Officer Fiona Noble and HR Officer Virginia Alexander, the organisation first brought consumers into the recruitment process about a decade ago. At this point, it was localised to the organisation’s mental health branch.

The program was such a success that it was applied across the entire organisation – and is now part of its core recruitment process.

“We’ve just rolled out our new strategic plan for 2018 to 2021, and our first goal is [about having a] consumer-centred approach,” Alexander says.

“That means understanding, communicating, providing the access to and creating an improved service for consumers.

“So we’re really looking at the consumer-centred approach across the board for the organisation.”

There are a wide range of benefits to adopting a consumer-centred approach to your recruitment process – not least of which is improved recruitment outcomes.

“I think having that different view [from the consumer] has led to more successful postings,” Alexander says.

“Our retention rates for those roles is also higher – there isn’t that continual turnover that we may have had otherwise; there’s no mismatch or misalignment of values.”

“It’s improved our commitment to our values,” she says.

“It’s all a loop; it’s really helped with the consumer-centred approach itself.”

Such an initiative also has clear benefits for the consumers themselves.

“The main thing is that it gives them such a sense of belonging – not just to Star Health but to the local community,” Noble says.

“With the training and opportunities we’re giving them, consumers have improved their skills and knowledge, as well as their confidence.”

Noble says the organisation’s recruitment initiative has served as a stepping-stone for many of those involved.

“So many [consumers] have now moved on to other opportunities and gained employment, or they’ve joined other working groups and that kind of thing.”

How does it work?

It makes sense to involve consumers in the process of your organisation’s recruitment – after all, they are the people who will be using your services. But how does it work, practically speaking?

Noble says the organisation finds consumers to take part in the program through a number of avenues: they advertise internally to consumer representatives, ask staff if they have any suitable clients, and advertise via posters in client waiting areas.

However, before being invited to sit on an interview panel, interested consumers are required to take part in a screening interview, after which they may be appointed to the program and required to undergo training.

“We teach them the recruitment practices of the organisation, what our legal responsibilities are, and what their actual role is on the panel,” Alexander says.

While the ultimate goal is to recruit the best candidates, an important part of the process is post-interview feedback about the process itself – how the consumer thought they performed, if they enjoyed the experience, potential improvements that could be made to the process, and whether they think they might need additional training or mentorship.

Consumers are encouraged to provide feedback at various junctures, such as during their initial training session and in an annual survey – feedback that is then used to help streamline and improve the program.

“Whether it’s positive or negative feedback, or ideas for improvement, that feedback is really important,” Alexander says.

“If we don’t encourage it, we’re not going to improve the system and we might not get consumers joining in as often as they do,” Noble adds.

It’s bound to happen sooner or later – so what happens when customer insights conflict with your organisation’s goals or expectations?

Though she concedes conflict is an unavoidable part of life, Alexander says it all comes down to managing expectations through proper planning.

“If there is a conflict or a disagreement, it’s all about discussion – talking through that process to make sure we get everyone on the same wavelength,” she says.

Meanwhile, Noble stresses the importance of gauging where consumers’ strengths and interests might lie to help avoid problems further down the line.

“But they may not be suited to another area because they don’t really understand that – it’s not their background or lived experience.”

The final piece of the puzzle is ensuring an open dialogue between both parties, particularly at the completion of the interview process.

“We encourage consumers to debrief with us and let us know if they’ve not been comfortable in the process, or if they found there might have been conflicts with a staff member, for example,” Noble says.

How to get staff on board

No matter how strong a consumer-centred recruitment strategy might be, it’s not going to go far without the buy-in of staff. It’s something Star Health is very conscious to cultivate – through, fortunately, the success of the strategy means that staff haven’t needed much convincing.

“I think our staff recognise it’s about giving clients of the service a voice,” Alexander says. “Without them, the service wouldn’t be here.”

“There’s also a really good alignment between our values and this model, which helps gain staff buy-in.”

Noble notes that the process makes a strong case for itself, with most new staff having had a consumer sit on their interview panel prior to being appointed.

“Often we get feedback from staff straight away once they’ve been interviewed, saying what a great experience that was,” she says.

Providing a forum for staff to have their say is also critical in securing their support, with feedback and suggestions for improvement continuously encouraged.

“It’s important to have staff support and that they’re confident in the system, or else it’s not going to work,” Noble says.

How do you measure whether a consumer-led approach to recruitment is working?

At Star Health, Noble and Alexander have their ears to the ground at all times, gauging feedback from consumers, staff members and job candidates alike.

“For staff, it’s getting feedback from them that they’re getting the best candidates,” Noble says.

“And then there’s the consumer side, where we can see we’re helping build their confidence, skills and knowledge to move onto other things, or … feel more valued at Star Health.”

Three things to consider before adopting a consumer-led approach

Alexander and Noble have some words of advice for those interested in implementing something similar in their organisation.

It’s all well and good to have the will to involve clients in your recruitment process, but without the right support in place it can be difficult to achieve.

“It’s all about resourcing,” Alexander says.

Noble adds: “You really need someone in the organisation who’s willing to carry the program; to connect with the consumers, and give them that voice.”

However, she cautions against relying on HR alone to run the program, adding that it’s important to involve staff who already work closely with your organisation’s clients.

The program won’t work without some deliberate structures in place to support consumers in their role.

“Training and support are vital to make it work,” Alexander says.

“You can’t expect the consumer to go run with it alone – they really need that guidance on an ongoing basis.”

3. Think outside the box

While it makes sense in a recruitment context, Alexander notes that involving the client in internal processes is something that can be achieved in many different spaces of the organisation.

“This approach can apply to any area where you might be seeking consumer feedback in order to improve a certain area of the organisation,” she says.

Think strategically about the value your consumers can offer your organisation, and engage them in the process (whether that be recruitment, sales, marketing, or something else entirely). By involving consumers in your process you are utilising insights that will position you to best deliver them – and future consumers – with engaging, relevant services.