How to help an employee who is transitioning genders 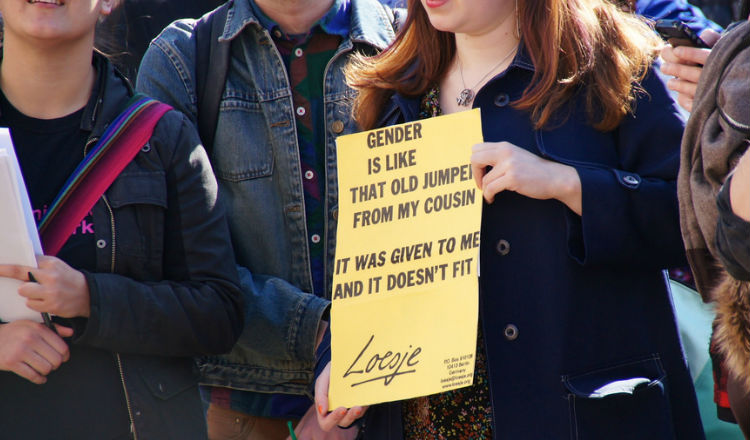 Transitioning genders isn’t easy. But navigating the process in the workplace can feel even harder.

The process can also throw up a unique set of challenges for managers – it can be hard to know the right thing to do for both the individual in question and your staff.

So how can you support a staff member or volunteer who is going through the process of transitioning genders – while taking care of the rest of your workforce, as well?

As a ‘transition specialist’, JoAnna Ferrari is perfectly positioned to answer this question. Having  gone through the gender transition process herself, Ferrari now runs her own highly specialised coaching practice to help organisations, teams and individuals successfully transition.

We spoke to her to find out what “best practice” looks like when it comes to supporting NFP staff and volunteers who are transitioning genders.

Research shows LGBTIQ+ people experience depression at three times’ the rate of the general population, while beyondblue reports that up to 50 per cent of trans people have attempted suicide at least once in their lives.

For transgender people – an individual who does not identify with the gender they were assigned at birth – inclusiveness and acceptance can literally mean the difference between life and death.

Inclusive workplaces foster openness, improve co-worker relationships and encourage staff to be their true selves at work – which in turn boosts performance and productivity. It’s arguably something every employer should strive for, regardless of employee circumstances.

However, it’s not always simple. JoAnna Ferrari warns that going too far out of your way to foster inclusion while an employee is transitioning genders can alienate other members of the workforce – and embarrass or inadvertently shame the person who is transitioning.

“When you start over-emphasising what’s happening for someone who’s going through a transition, you can make them feel uncomfortable because it’s like standing in a spotlight,” she says.

“Inclusion is a very fine balancing act between what’s necessary and what will actually help the individual to still feel a part of the team; to still want to have good input into their work and not feel like they’re part of a circus act.”

First, Ferrari emphasises the importance of determining the type of transition occurring as a means of establishing how to best provide support.

What does that mean? Ferrari explains that there are two main types of transition: medical – that is, taking hormones and/or undergoing gender reassignment surgery in order for a person’s physical characteristics to match the gender with which they identify – and non-medical, when someone identifies as neither male nor female and would like be acknowledged as such.

Next, Ferrari advocates for establishing a ‘baseline’ – the foundation from which your organisation will manage the person’s transition – which will help provide a framework for how to move forward and deal with any potential problems.

“What would we do as an organisation for someone who’s transitioning, versus someone who’s changing their gender identity?” Ferrari asks.

“Starting on hormones is a very different thing to changing your gender identity and being known as ‘ze’, for instance.”

In the case of a medical transition, there are myriad complex factors to consider that go beyond informing other staff of the person’s ‘new’ name, preferred pronouns and which restroom they will be using.

“For example, how long do we need to give the person off if they decide to go through the whole surgery?” Organisations might also want to consider what level of support they need to offer people who are going through surgery. Importantly, Ferrari says, they also need to understand how to support people in instances where they are not not going to go through with the surgery. Each scenario needs to be approached differently, and catered to individual needs.

A person’s transition will also significantly impact their lives outside of work – which will then filter back through the workplace. That makes the provision of psychological support critical.

“Their family might fall apart, friends are going to ask a whole lot of questions, people might even spew some not-so-nice things at them,” Ferrari says.

“It’s really a gigantic thing. You cannot actually transition your gender – you have to transition all of you, and that is so incredibly painful.”

Beyond supporting the individual in the workplace, if budgets allow, providing psychological support to the individual transitioning genders as well as any relevant managers can be really valuable.

“I always recommend that you talk to a psychologist for the organisation – someone who deals specifically with transitioning,” she advises.

Bringing other staff into the process

When a staff member is transitioning genders, supporting the individual in question is obviously a principal concern. But what about your other staff? How can you support them through the process, too?

As a first port of call, Ferrari recommends keeping staff informed – being cautious not to over-emphasise the circumstances – and taking advantage of existing resources to help set the right culture.

“A lot of the time, organisations already have policies around bullying or harassment, so you’re basically reinforcing those,” Ferrari says.

And while you should accept that people will be curious, lay firm guidelines for what kind of behaviour is considered appropriate – and what is not.

“There’s still a great number of people who’ve never met someone who’s transitioning, and they have questions,” Ferrari says.

“Are there fair questions and unfair questions? Yes. But you should actually talk through some of those to understand what those could look like.

“For instance, [staff should know] you can’t ask about genitals or if they like boys or girls, but you can ask things like how long they’ve known they were male or female, or what would they like to be called.”

Finally, Ferrari stresses the importance of accepting that offence is part and parcel of the process.

“No matter what happens, people will misgender [the individual],” she says. So, it’s important to take this into account and not take action unless an individual is doing it more than a handful of times – at that point it’s fair to assume it’s deliberate.

If you’re helping an employee transition, a well-written gender identity policy – one that enshrines a transgender person’s rights to everything from respectful behaviour to dress code – is a non-negotiable.

However, Ferrari warns against reinventing the wheel in response to a transitioning individual.

“Make sure you don’t change the policies so they’re out of whack with what the rest of the organisation would see as normal,” she says.

“For example, if you’ve got procedures and policies around someone who’s got disabilities, or experiencing pregnancy or menopause, you need to look at those and you need to keep your transgender policy in line with those.”

In fact, Ferrari says going overboard with policies about someone who’s transitioning – perhaps in an attempt to be as accommodating as possible – can lead to significant problems for the rest of the workforce.

“You’ll get people who will become disassociated and stop believing in the organisation – whereas the whole idea of inclusion, and putting policies in place for someone who’s transitioning, is to get other people to stay associated to this,” she says.

It can feel like a fine balancing act, but getting the process right isn’t just critical to the person transitioning genders, but crucial to fostering a positive culture and mindset within your entire organisation.