Make-A-Wish Foundation let their staff choose their own job titles. Here’s what happened. 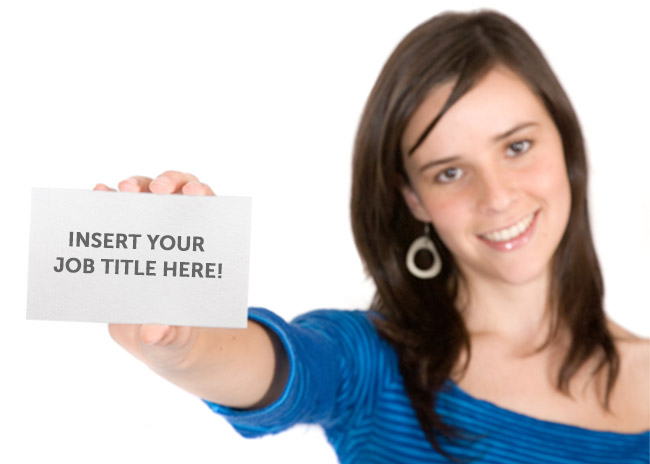 Would your organisation ever consider allowing your staff to choose their own job titles?

How about an IT Manager who refers to herself as a “Digital Overlord” or your Director of Marketing becoming the “Director of Fun”?

Sounds crazy? Well, that’s exactly what Make-A-Wish Foundation executives in the US decided to do after a trip to Disneyland.

It might seem like a flippant exercise; but this forward-thinking move – inspired by Disneyland employees being referred to as “Cast Members” – has actually had an overwhelmingly positive impact on staff health and wellbeing.

Make-A-Wish Foundation grants “wishes” to children diagnosed with life-threatening medical conditions. All employees, including executives, administrative staff and “Wish Managers” were invited by the CEO to create their own “fun” title, to supplement (but not replace) their formal titles.

According to a study published last year in the Academy of Management Journal, an impressive 85% of Make-A-Wish employees identified that choosing their own job titles – with examples like “Magic Messenger” (PR Manager), “Goddess of Greetings” (Admin Assistant) and “Lady of Laughter and Giggles” (Wish Manager) – actually helped them to cope with the emotional exhaustion of their jobs.

Here we look at some of the benefits and limitations of this bold move.

The study conducted by the Wharton University of Pennsylvania’s Adam Grant involved interviews with 22 staff members, plus volunteers, executives and affiliates and involved hours of observation and reviewing hundreds of documents to get an understanding of what impact the change had on the staff.

According to the report, employees choosing their own job titles was seen as being an important tool for self-expression and also led to a number of concrete health and wellbeing outcomes for employees.

85% of staff said, often unprompted, that the initiative helped them to deal with the emotional exhaustion of their jobs, something that was of significant importance in an organisation like the Make-A-Wish Foundation where many staff members work with children suffering long-term, sometimes fatal illness on a regular basis.

“My fun title is ‘minister of dollars and sense.’ I feel special when people see the name; I love being introduced as that. Makes you feel a lot of pride and joy . . . It helps to give me purpose and . . . want to come to work in the morning” (Chief Operating Officer)

“It allows . . . people to feel comfortable with each other. There is not really a hierarchy of staff and we are all the same plane . . . that removes some pressures . . . I just think it allows you more freedom to speak up and not be intimidated by the leadership. You feel more like an equal and that your voice is valued. We are much more willing to listen to each other.” (Operations Manager)

3. And external rapport, for example:

“When you tell other people, they say, “That’s really cool!” I work in such an awesome environment, and, oftentimes, people don’t realize it until they talk with others outside. It lightens up the seriousness of our work, of the children’s conditions.” (Wish Manager)

The researchers concluded that this simple change “enables employees to play an active role in reducing their own emotional exhaustion… When leaders encourage employees to reflect on – and then reflect out – their unique value through personalized titles, employees are able to express their identities in ways that contribute to a sense of affirmation and psychological safety, reducing emotional exhaustion.”

Having staff members choose their own titles is not a one size fits all approach. While an organisation like Make-A-Wish is imbued with a sense of magic that is well suited to fun titles, it’s not something that will work for all not-for-profits.

As Fast Company points out, an “unprofessional” title may not reflect well on some organisations and could do more harm to your image than good.

Also, the practicalities of making sure that external stakeholders understand the function of roles with unusual job titles might also be a challenge. Make-A-Wish Foundation solved this problem by including employee’s new titles alongside more traditional titles on their business cards.

From an employee point of view, there is a danger of some organisations using this method to manipulate workers by convincing them their jobs are better than they actually are. Subway’s “sandwich artists” anyone?

But while this approach may not be right for every organisation, the clear benefits identified in this initial study show that a simple, cost-free change like this can make a big difference to the mental health of staff who do emotionally exhausting work on a daily basis.

Is this a change your organisation would consider? Please let us know in the comments below!

This post is based on an article that originally appeared in Fast Company.