Could flexible work be damaging the lives of your staff? 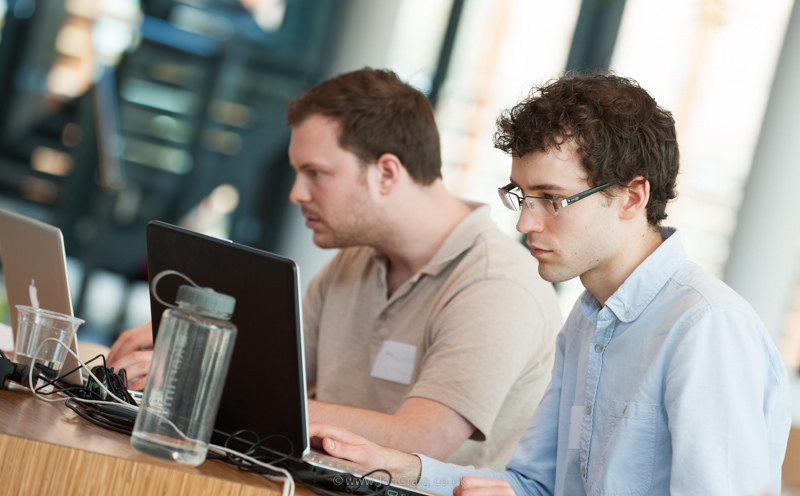 Flexible work is on the rise everywhere – particularly in Australia’s not-for-profit sector. But could working flexible hours have a dark side for employees? In this guest post, Dr Heejung Chung, Senior Lecturer in Sociology and Social Policy at the University of Kent outlines new research which finds that when it comes to work/life balance, having the freedom to work flexibly might not always be a positive force in the lives of employees.

Imagine if you could work whenever and wherever you wanted to. Would you work less and enjoy more time with family and friends? Or would you end up perpetually working, have work spill over into the rest of your life?

Many do not have to imagine what this freedom is like. In Australia, as many as 44 percent of office workers report having access to flexible work arrangements. Roughly a third of all employed workers in the UK have flexibility over their working hours and about a fifth of people work from home on occasion. Across the EU, about 17% of all employed workers have access to flexitime, which means their work start and finish times are flexible. Another 5% have full autonomy over when and how long they work.

Contrary to what you might expect, those with more control over their work schedule work more than those with less control. In fact, people have a tendency to work more overtime hours once they are allowed to work flexibly, compared to when they were not.

These were the findings of research my colleague Yvonne Lott and I recently carried out, published in the European Sociological Review. We examined data that followed workers across a number of years in Germany to see what happened to the amount of overtime they did once they started having more control over their working hours.

We found that this tendency for people to work more when given greater control held true even when we took into account a whole range of factors that influence your likelihood to work longer, including level of authority and type of job. And this increase in working hours was greatest when workers had full autonomy over their working hours.

These findings match with similar research I’ve been working on with my colleague Mariska van der Horst on UK workers. We’ve found a similar pattern: when workers have more autonomy over their working hours they are likely to increase the length of time they work.

There are several reasons behind this pattern. One could be explained through the gift exchange theory. That is, people treat the freedom given to them by their employer as a gift, which they reward with harder work, as well as seeking to show that they can be trusted with the gift of autonomy.

Another reason may be due to the way in which autonomy is given to people. In many cases, it is provided as a part of a larger human resource package where work is detached from specific time, is more task based, and in many cases, income is determined by performance outcomes. This may incentivise people to work harder and create a stronger competition between workers, but also allows employers to increase workloads without being confined by labour laws which regulate for example the maximum number of hours workers can work.

The relaxed boundaries between work and other spheres of life may also lead to the encroachment of work onto leisure or family life, especially for those who are devoted to or prioritise their work. This is why people in more high-powered jobs may be more likely to experience this autonomy paradox, where freedom over your work ends up with self-exploitation. Elon Musk, for example, works 80 to 100 hours a week and in Silicon Valley the number of hours people work is celebrated and even boasted about.

Flexibility does not have to be all bad. There is a lot of research showing how for some autonomy and control over your work can potentially increase work-life balance. In our paper, we also found that workers earn more when working flexibly, beyond the income gains from simply working longer. So there is evidence of career premiums when working in this way.

But full-time working women do as many overtime hours as men when working flexibly, even when they are mothers. And yet we found they did not reap the same rewards in terms of pay as men. This may be because when flexibility is used for personal reasons, employers may not reward its use.

Plus, employers tend to believe that women use flexibility mainly for family-friendly purposes, which results in women not being rewarded in the same way as men when using flexibility – regardless of the increase in their devotion to work they exhibit. So an increase in flexibility at work may lead to the enforcement of traditional gender roles and increase the gender gap.

Greater flexibility and autonomy over work sound great – and could well herald a new era of better work-life balance. But so far much of the evidence points to the opposite and we need to better understand exactly what’s going on to tackle some of these negative consequences. Existing labour laws protect workers from being exploited by employers. Perhaps what we need now are laws that can help protect workers from exploiting themselves such as France’s proposed “right to disconnect” to regulate out-of-hours emailing. Freedom doesn’t have to be slavery – we just need to make sure we know how to handle it.

This is a guest post by Heejung Chung, Senior Lecturer in Sociology and Social Policy at the University of Kent. This article was originally published on The Conversation. Read the original article.