Four elements of change management that every NFP leader should know 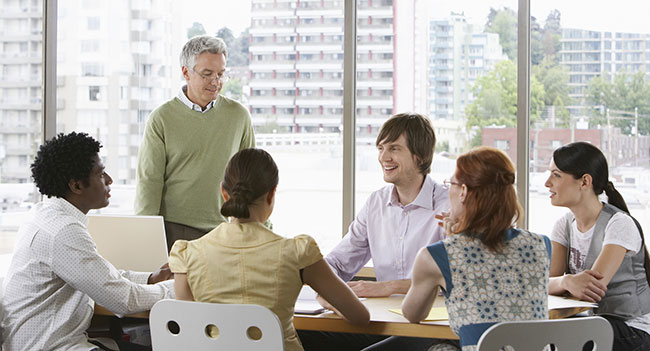 Frontline leadership expert and former human resources practitioner Karen Schmidt recently presented on “Leading people down the path of change” at a series of Not-For-Profit People Breakfasts in Sydney, Brisbane and Melbourne.

In this guest post, Karen uses her ‘Workplace Gardening Philosophy’ to outline four vital steps NFP leaders need to take to manage change better in their organisations, and to keep people engaged throughout the process:

From government funding cuts to sector-wide restructures, change has become ubiquitous for not-for-profits – and often hits particularly hard given our limited resources.

So what can you do to increase the chances of managing change successfully for your organisation, but also creating an environment where everyone stays engaged throughout the process?

We’re now in an environment that is being described as V.U.C.A.:

Many of your staff and volunteers may feel like they’re “in the weeds” – that is, overwhelmed by changes and prone to giving up because it all seems too much to cope with.

As a leader, your role is to help them go from surviving to thriving. To show them how they can embrace change and follow you down the path to a more effective future.

This is a challenge every leader faces no matter what size or type of change initiative you are dealing with. For something so common and natural, we seem to have made change so difficult. But it doesn’t have to be that way.

Here are four steps towards better managing change in your not-for-profit:

The first step to fixing any problem lies in identifying why it’s happening. When it comes to organisational change programs, there are five main reasons why they fail:

2. Recognise when people are disengaging during change

Engaged people are the ones who bring three important things with them to work everyday: their hands to allow them to perform tasks, their head, which causes them to think about the impact of their actions, and their heart, which is the key to unleashing the discretionary effort we know is at the centre of being engaged.

As you work through your change program it’s vital you keep an eye out for signs that people are beginning to disengage from the process. Some of the signs to look out for include:

3. Have the essential conversation

Change can be what some researchers describe as a “trigger event” – one that can be the starting point for a decrease in engagement. Even something as simple as buying new office chairs can be jarring to some people.

This means that the start of a change program is the ideal time for frontline leaders to be having what I call a “major event conversation”. Importantly, this is actually a conversation – a two-way exchange of information, rather than the standard one way feeding of information we traditionally see in times of change.

The conversation should focus on 4 key areas:

4. Create a culture that is change-ready

Change is most effective in a culture that is open to it. Understanding organisational culture can be complex, but it doesn’t have to be if you break it down just as gardeners do, layer by layer. Here’s what I mean:

Bedrock – How you want your people to feel about the organisation. In other words, the values you want them to live by that support everything you do.

Parent material – How you want people to think. The mindset you want your people to have based on your values. This will inform what they deem important and where they channel their efforts.

Sub soil – What staff, clients and suppliers say about the organisation. It’s also what the organisation says about itself in the form of written policies and procedures that express its values.

Top soil – What people do to demonstrate your values including how they act towards each other and respond to situations. It also represents the practices that get rewarded.

Organic layer – This represents what people see, the outcome of your culture. Are your visible results the equivalent of productive plants or are they more like annoying weeds?

During a change management initiative, we need to consider how each of these layers will be affected. Being open, clear and transparent about change will encourage a culture that is open to it, and ultimately assist in keeping staff engaged throughout the process.

If you find that your culture is unhealthy there are three steps you can take to fix it:

But delving into these may require another blog post!

Has your organisation had to deal with change recently? We’d love to hear the steps that you took to effectively engage staff in the process in the comments below.