The path to happiness at work, with Dr Timothy Sharp 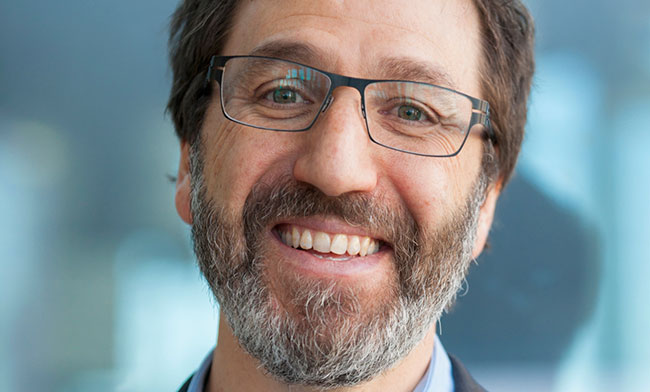 Dr. Timothy Sharp has three degrees in psychology (including a Ph.D.) and runs one of Sydney’s most respected clinical psychology practices and a highly regarded Executive Coaching practice. He’s also the founder & CHO (Chief Happiness Officer) of The Happiness Institute – Australia’s first and now largest organisation devoted solely to enhancing happiness for individuals, families and organisations.

In the lead-up to his presentation at the 2015 Not-For-Profit People Conference, Dr. Sharp spoke with us about what happiness at work looks like, why it’s important and how you can help staff to find it.

So Tim, what got you into working on the issue of happiness?

My background – professionally, anyway – is in clinical psychology. I spent the very early part of my clinical and academic and research career specialising in stress and depression and actually chronic pain management. But I’d always been interested in what is now called positive psychology – the scientific study of happiness.

About fifteen years ago, the positive psychology movement started to grow, and as soon as I stumbled upon some of the very early research it was like an epiphany. I realised “this is my home – this is what I’ve always wanted to do and thank god it’s here now”. So I set up The Happiness Institute as a way of trying to understand and promote it better.

That’s a really, really important question. And the simple answer – or one answer – is that it’s always going to look different.

Happiness is not just one thing. It shouldn’t ever be a prescriptive approach. That being said, there are some common themes – feelings of and expressions of gratitude; a sense of hope and optimism; having the ability to create meaning around your work; a sense of connectedness with community; positive communication; a focus on strengths as opposed to just fixing weaknesses. There are many, many other things, but those are just some of the common ones that do come up time and time again.

And also a sense of fun and play. What that looks like can vary tremendously. I’ve worked with some big banks, where there is a slightly greater sense of seriousness, through to some IT companies where they can, in a sense, get away with a bit more. But we can all still have fun, we can all still be kind and caring and compassionate to each other in a way that works for us in that context.

You’ve worked with a range of different organisations – why is happiness at work important?

It’s a really interesting question and I think the answer’s changed over the decade or so that I’ve been doing this.

Having fun is often seen as a waste of time, as frivolous, as unproductive, but there’s a lot of research now that shows fun and play actually enhances productivity because it’s energising. I think it’s one of the most underutilised business tools that’s out there.

More and more, we’re working with organisations who recognise that this is a serious business strategy, that there are significant return-on-investment benefits to promoting these principles, to applying them in the right sort of ways.

Why wouldn’t you want to do this? Do you want to have the best organisation you can have? However you define success – whatever that looks like in your particular context – these strategies are important.

But it’s not just about smiling and laughing and mucking around all the time. Real engagement is also about doing good work well – and that’s something I think any organisation would be interested in.

If you look at the science, you’ll see a mass of evidence that supports the benefits… reduced absenteeism, reduced turnover… In a large organisation that can quite literally mean millions of dollars of effectively wasted money [saved].

Why is happiness important for not-for-profit organisations specifically?

Well, in exactly the same way as other organisations, not-for-profit organisations need to be the best they can be. They want to get the most out of their people.

What’s interesting is that most people assume that people working in not-for-profits would have it a lot easier because they’re doing meaningful work, they’re passionate about what they’re doing – and that is true to some extent.

But the flip side to that is that in some, not all cases – and this is something not-for-profits need to be wary of – people can become over-committed. And there is a risk of burnout. There’s a slightly higher proportion of people within these contexts who are so passionate about and so dedicated to the cause that there’s a risk that other areas of their life will suffer.

And finally, what makes you happy?

Pretty much the same sorts of things that makes everyone else happy. The work I do: I’ve created a job that involves all the things that I love doing. And a lot of it is giving and helping other people. I get a lot of satisfaction out of the volunteer work I do.

But then outside of that, at the risk of sounding clichéd, I have a wonderful wife and children who – well, they’re teenage children, so they don’t always make me happy – but the love from my family and friends…

And just a bit more broadly I suppose, exercise is one of my favourite and most effective mood enhancers. Social recreational activities, I love – sport and music. So nothing out of the ordinary, but I do try to practice what I preach.

Want to hear about how you can create happiness in your workplace? Don’t miss Dr. Timothy Sharp at the 2015 Not-For-Profit People Conference on 16-17 November, where he will be presenting: Create happiness at work: see your organisation flourish. Book your place today!