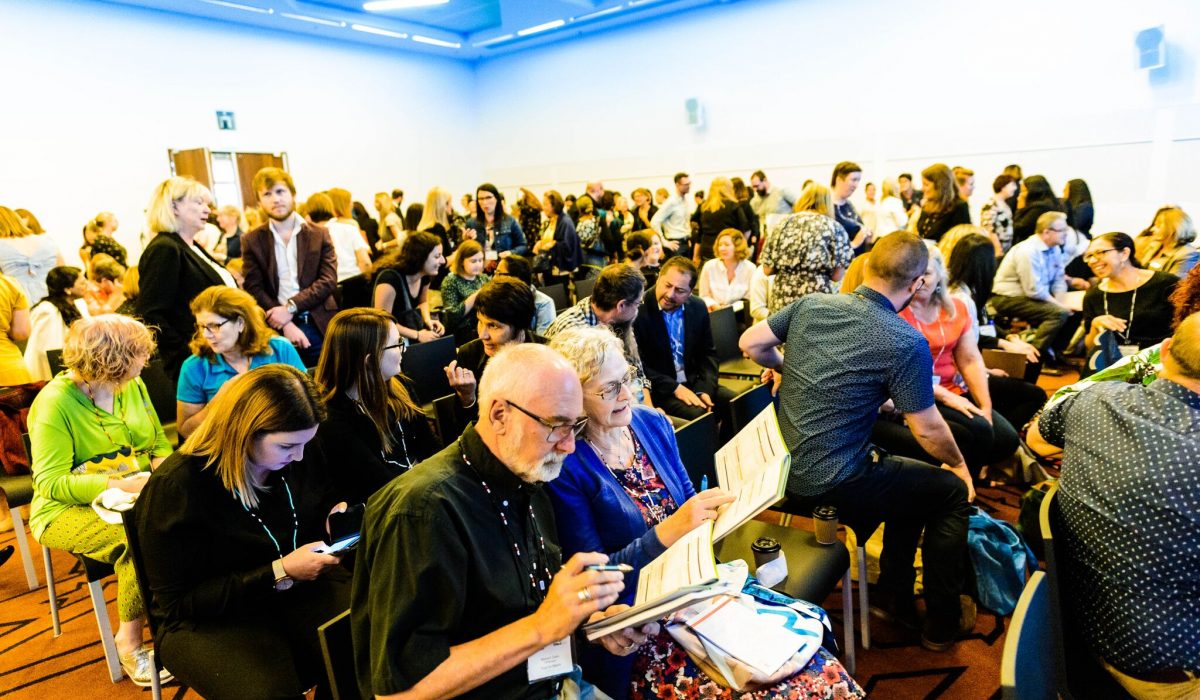 The Not-For-Profit People Conference is done for another year. And what a couple of days it was! The atmosphere was electric; the speakers inspiring; and the delegates’ enthusiasm was contagious.

It’s difficult to hand-pick the key takeaways from the conference – there were so many with 36 speakers and 23 sessions – so here are our top five based on the top issues facing people managers in NFPs today.

1. As a manager, focus on how you can create meaning for your staff and volunteers

Ross Reekie from Rise Consulting used his session to highlight and explore seven elements of meaning that people look for at work. The day-to-day interactions we have in the workplace can easily create or destroy each of these elements – much like blowing up or deflating a balloon.

Ross’s seven elements of meaning for all staff are:

Ross suggested that understanding where each of your team members are on a spectrum for each of these elements can show you which areas you as a manager need to work with them on.

2. Tech is great. People are better.

“Support your people, don’t rely on tech,” New Horizons Lab Director Anne-Marie Elias said in a panel session on ‘the next big thing in people and culture at NFPs’.

At a time when many people fear that their jobs are going to be gobbled up by automation, Elias said that the human element is actually more important than ever.

“If we really focus on the human than we’re not going to get rid of all jobs,” she said.

On the same panel, Monica Watt of ELMO agreed that jobs are changing, but urged people to think about automation as something that will help them focus on the parts of their roles that are important – the things that can’t be automated.

While Paul Molony from JobAdder added that rather than take away from roles, technology gives people the opportunity to think more strategically and grow further.

Automation and technology is not, as some may argue, something to fear, but something to embrace as it offers new roles, new opportunities and further development and growth in that human connection.

“We’re never going to take the human out of human resources, nor should we,” Molony said.

“Human interaction is so important.”

3. You need a diverse team to serve a diverse community

Both Ray and Trent Innes, Xero Australia’s Managing Director, asked “How can you serve a diverse customer base if you don’t have diversity internally?”

Trent Innes mentioned the early days of car airbags, where the product was saving the lives of men, but not women. “The product was never tested on women,” he noted.

This, Innes said, is why diversity shouldn’t be about ticking a box from a whole-of-organisation perspective, but understanding that diversity needs to occur on a team-by-team level.

“I found out that [though the organisation as a whole had gender parity] only 6 per cent of our software developers were female and, yet, more than 50 per cent of customers who use Xero are female.” It therefore made sense to shift the demographic in the development team, which had enormous business benefits.

However, Ray noted, you also need to make sure your diverse workforce has a voice.

“You can have a diverse group of people, but if you don’t empower them to have a say you are not being inclusive,” she said.

4. Take the time to better understand the people you work with

Internationally acclaimed neuroscientist, Hannah Critchlow, argued that “you need to understand how the brains of those around you operate in order to get the most from them.”

What does this mean for leaders?

“It’s important to allow people to articulate and express emotions,” Critchlow says, suggesting that having different personality types in your organisation is a good thing.

There are some people who are more resilient to stress than others. People with a heightened fear response will assess a situation and see the risk. People less susceptible to risk might look at a problem and think more creatively, and be more future-focused.

“Both,” Critchlow says, “are important.”

5. Sometimes it takes ordinary people to do extraordinary things

The conference closed with humanitarian and NGO founder Moira Kelly – arguably best known for bringing conjoined twins Trishna and Krishna to Australia for life-saving surgery – sharing her journey from an 18-year-old working with Mother Teresa in Calcutta to a woman championing children without a voice.

“Hope is the reason we get up in the morning,” she stated matter-of-factly.

Moira Kelly’s humility shone through as she spoke. “Isn’t it a shame that people think just because we [people working in the NFP sector] do what we do we’re extraordinary? Really it should be quite normal,” she says.

Moira Kelly truly highlighted just how much of an impact one person can have, and left conference attendees with the inspiration and determination to head back to their organisations and make a real impact with a host of new ideas and tools from two chock-filled conference days!