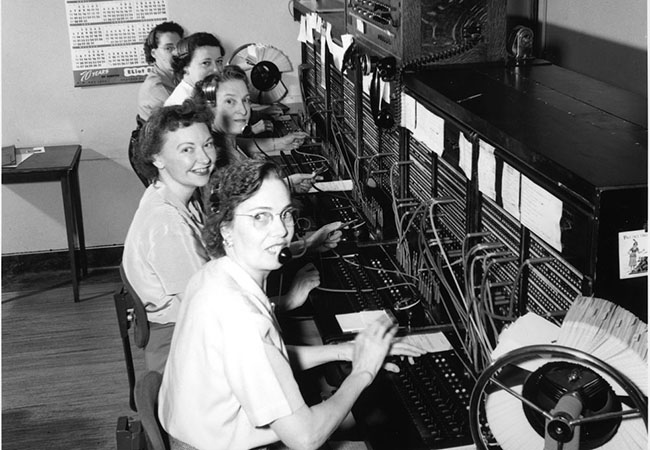 With the holiday season now fading to a distant memory, your organisation is likely well into the swing of work for 2016.

But it’s easy to slip straight back into the way you were doing things last year, and probably the years before, too.

In today’s world, things change quickly. Have you thought about what changing technology, changing culture and changing generations will mean for your organisation’s staff and your HR strategy in 2016?

Here are three talent and culture trends for which your organisation should be getting ready this year:

The Australian workforce is in the midst of a major generational shift.

While baby boomers – those born roughly between 1946 and 1964 – currently make up a quarter of the Australian workforce, by 2020 it’s expected that most boomers will have retired.

Meanwhile, millenials (or Generation Y; those born between the early 1980s and early 2000s) currently comprise 34 percent of the Australian workforce. But in less than four years, it’s estimated they’ll dominate it at 42 percent.

And because there’s evidence to suggest older workers are more highly represented in NFPs – particularly in community services – the NFP sector will feel the effects of this shift more than any other.

Millenials have unique needs. They have different goals and motivators, and often different skillsets to older workers. As a result, the upsurge of millenials in the workplace is expected to have wide-ranging impacts on everything from management styles to recruitment to employee engagement ­– and innovative organisations are already figuring out ways to cater to them.

For example, Queensland-based homelessness NFP Second Chance implemented a flat, non-hierarchical organisational structure in 2013 in response to the changing needs of their younger staff.

But while many NFPs are just beginning to understand how to cater to millennial staff, the rise of Generation Z – or those born from around the late 1990s – will bring about an even newer set of challenges.

Recent data from the US shows that 47 percent of organisations are unprepared for the challenges Generation Z will bring. Among these is that they’ll be “very tough employees who will expect a gold star for everything”.

While this might sound a little harsh, it’s fair to suggest the widening age gap and potential disconnect in values between Generation Z and existing members of staff will cause some workforce issues.

How will your organisation respond to changing generations of staff in 2016?

If it’s primarily cubicles and a few private offices for senior leaders, prepare to bid farewell to this rapidly dating working environment.

Thanks again to the influence of Generations Y and Z, hybrid work environments are popping up in all industries, with the NFP sector no exception.

Features like flexible work stations, an assortment of dedicated group workspaces and quiet breakaway areas are soon expected to appear in offices in which they’re not already present.

Closer to home, the Asylum Seeker Resource Centre recently upgraded its office to a multi-use space that accommodates both staff and their client base of asylum seekers.

And if you want to embrace the trend on a smaller budget? Standing desks and maybe even hyper-new gadgets like the Wurf Board can be an economical way to update your office in 2016.

3. Traditional performance reviews will be replaced with more flexible feedback and engagement strategies

According to a 2013 Gallup report, Australia leads the world when it comes to employee engagement. While this may sound like good news, unfortunately it’s just ‘less bad’ than the rest of world, with only 24 percent of Australian workers actively engaged in their jobs.

What’s worse, 16 percent of people are actively disengaged. And because engaged staff mean better performing organisations, this can be a real problem for your organisation if left unaddressed.

An effective engagement and retention strategy? Ditching the annual performance review. No longer the golden standard of assessing staff performance, the traditional performance review has been on the way out for a little while – even large for-profit organisations like Deloitte and Accenture have moved on from what has proved to be a flawed model.

And it seems many NFPs are now poised to follow suit, abandoning performance reviews in favour of more productive performance assessment methods. These include real-time feedback, open communication channels between staff and managers, and informal check-ins, all of which have been shown to boost staff morale and improve performance.

Will your organisation be joining their ranks?

Sometimes it can be challenging enough simply to stay on top of current concerns at your NFP. But to grow, stay relevant and keep your staff happy, looking to the future will be increasingly important.

This post is based on an article originally published by Non-profit HR.

How do you see these trends impacting on your organisation? We’d love to hear your thoughts in the comments below.