Want better ideas in your NFP? Stop brainstorming and do this instead 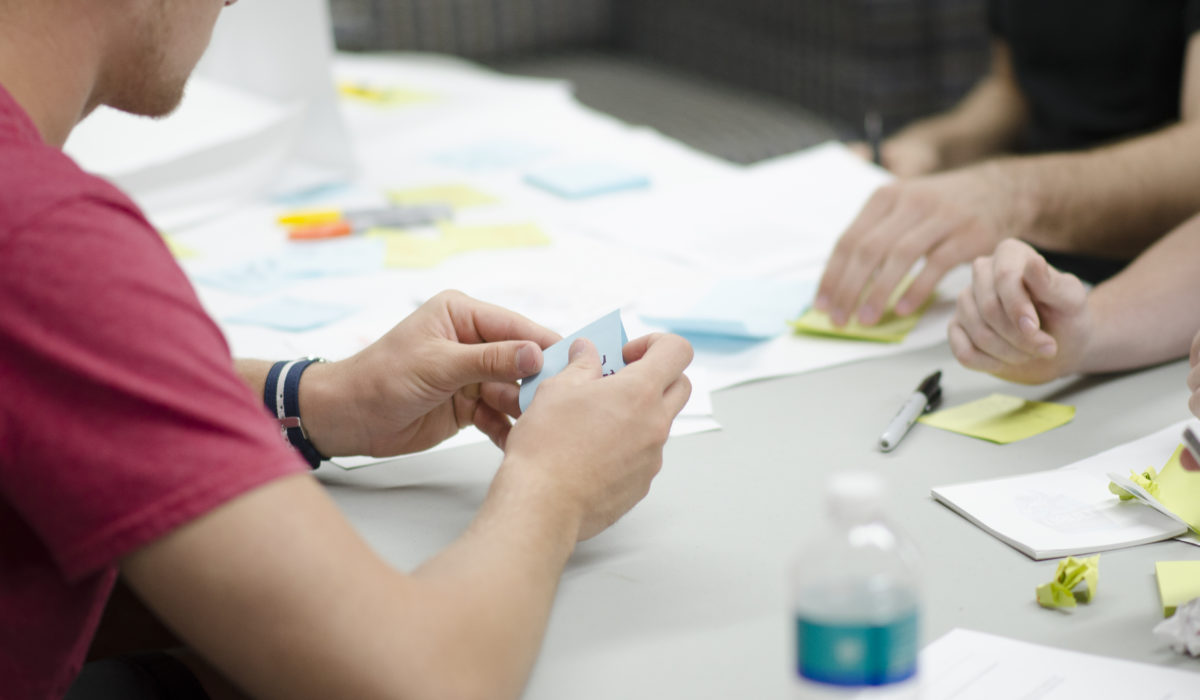 It’s been widely panned as a waste of time, ineffective, and straight-up BS – so why do so many organisations still make their staff participate in brainstorming sessions?

Rising to prominence in the 1940s, brainstorming has been de rigueur in offices around the world ever since. It’s so ingrained in our work processes, it’s almost considered common sense: put a group of staff in a room with a whiteboard and a problem, and creative solutions will flow freely, right?

But in recent years, it’s emerged that brainstorming’s popularity doesn’t nearly mirror its efficacy. In fact, research by the 3M Company found that people working in teams actually generate 30 to 40 percent less ideas than those working individually – and their ideas are of poorer quality.

First, because of a phenomenon called ‘anchoring’, where early ideas tend to have a disproportionate influence over the rest of the conversation. They establish norms and boundaries of what good solutions might be, limiting the expression of different ideas and breeding the most dangerous enemy of creative thought: groupthink.

And secondly, because brainstorming favours early ideas, it also favours less creative ones thanks to a phenomenon known as ‘conformity pressure’. At the beginning of a brainstorming session, team members hoping to perform well will often come up with the most obvious answers. Then, the rest of the team ends up focusing on those ideas, potentially leaving the best ideas unvoiced and unexplored.

A more effective alternative to brainstorming is suggested by Professors Leigh Thompson and Loran Nordgren from the Kellogg School of Management in the US. It’s called ‘brainwriting’.

Brainwriting is driven by the principle that the ideas generation process should be separate to the discussion – essentially, to write first, talk second. And unlike brainstorming, its efficacy is based on the generation of ideas being performed in complete solitude.

“It should be a meritocracy of ideas,” Thompson says. “It’s not a popularity contest.”

Google is one of many organisations that uses the basic process of ‘write first, talk second’ to its own ideas generation process, which is internally dubbed ‘note and vote’.

So why does this work? When people think without external stimuli, their thought processes are unencumbered by judgement or influence. There’s no pressure to conform, nor does there exist the fear of looking stupid or being ridiculed.

And when that process is coupled with the opportunity to express ideas anonymously, as it is with brainwriting, it means everyone gets a chance to present their best ideas – even those least likely to speak up in a traditional setting.

In fact, research shows that in traditional brainstorming meetings, 60 to 75 percent of the talking is done by just a handful of people. That’s a lot of untapped ideas going to waste.

How to apply brainwriting in your workplace

Brainwriting is to be performed just before or at the beginning of a meeting – and, crucially, it must be performed individually.

Once everyone has had time to quietly write down their ideas, invite them to submit their ideas anonymously, which allows the team to discuss ideas without fear of judgement.

Then bring the team together to discuss all the ideas in a systematic way.

For example, Professor Thompson asks brainwriting participants to anonymously post their ideas on a wall, after which everyone votes on the best ones. There are many other ways you could achieve this – you could also collect everyone’s unattributed brainwriting ideas on pieces of paper, or as emails or text messages and transcribe them onto a whiteboard.

Or you could invite staff to anonymously record their ideas using the free app Candor, which Professor Nordgren developed himself for this very purpose.

However you do it, one thing’s for certain: if it’s creative new ideas you’re after, it’s worth trying a creative new approach to achieve them.

How do you generate new ideas in your team or organisation? Please share what works – or doesn’t – in the comments below!