Is your NFP an attractive place to work for young people? 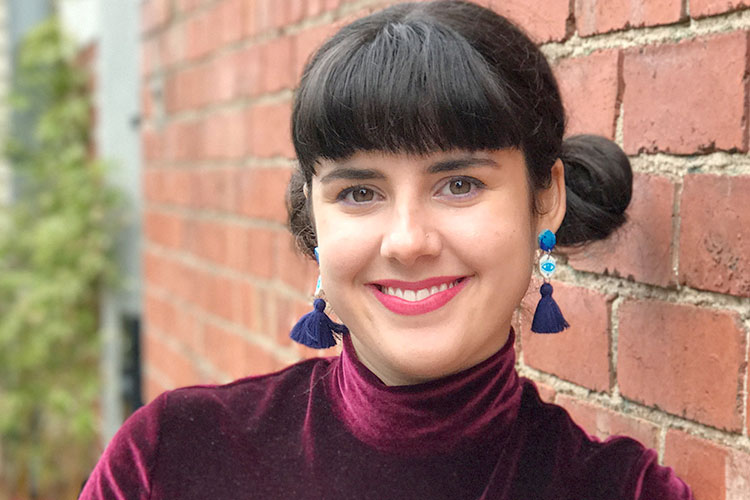 When it comes to shaping the future of the not-for-profit sector, young people are in a unique position.

Millennials – which covers everyone aged from about 17 to 37 – are empowered by new and emerging technologies, and are driven by a strong sense of social justice.

And that’s a good thing, since they’re the ones who will eventually be running the NFP sector – alongside the rest of our society’s institutions.

So how does your organisation do at recruiting, training and retaining young people as staff and volunteers?

Alex McLean is the Chief of Staff at Oaktree, an Australia-based aid & development organisation that’s one of the largest youth-run organisations in Australia, made up almost entirely of staff aged 26 and under.

Overseeing Oaktree’s new recruitment process and its first Diversity Plan, twenty-something Alex has some unique insights into recruiting and retaining young people in the NFP sector. She’ll be sharing them in a presentation at the Not-For-Profit People Conference in November. But she’s generously offered us a sneak peek ahead of her presentation at the conference:

Hi Alex! So Oaktree is run almost entirely by people aged 26 and under – how does that work?

Oaktree was founded by young people, and we’ve retained this as we believe young people have a really important role in leading this movement [against poverty].

Young people are typically excluded from decision-making spaces and the fact we’re youth-run has given us a unique perspective and way of working that compliments the rest of the sector.

It also means we have young people in leadership positions and we can build capacity in young people. For example, I would not have this role at any other organisation, but Oaktree gives me this opportunity because it’s run by young people.

In what ways does Oaktree’s predominantly young staff shape the organisation?

For me, it was the first place I’ve been a part of where I’ve felt like my ideas have been listened to and included in decision-making. It’s the first place I felt truly included. So for me, as a young person, it’s really given me confidence in my abilities and my capacity to contribute to a cause I care about.

Secondly, in an organisational context, I think we’re great at challenging things we feel don’t make sense. For instance, when I first came into recruitment, I was like ‘why do we do this?’ in response to some of our recruitment processes and strategies. We really challenged the way things were done, and came up with new strategies and processes that work much better for us.

These changes have had a really big impact on how effective our processes and strategies are. In recruitment, we’ve seen the number of applications for some roles increase from seven to 77 – an increase of 700 percent!

And thirdly, I think we’re much better at engaging young people in the work we do, like in our fundraising or campaigning work. We have a better understanding of what attracts young people and are better able to communicate this, because we are young people ourselves.

So why should not-for-profits aim to attract and engage more young staff and volunteers?

From a diversity point of view, young people have different ideas and perspectives, and approaches to solving problems, which is incredibly valuable to organisations – especially not-for-profits, which face many challenges.

And how does the approach to recruiting young people differ to that of general recruitment?

Anything like that that’s really hard to understand is a massive barrier for young people applying for those roles. We’ve changed the language we use in recruitment so it is a lot more accessible and easy to read. We have a lot of fun with it as well – we use a lot of GIFs and memes. Essentially, we’re using language and media that young people actually engage with.

When it comes to the not-for-profit sector, what makes a young person attracted to work in an organisation?

I can’t speak for all young people, but I think actually advertising entry levels roles is so important. I know if I look at an organisation’s website and the roles they’re recruiting for, and I see no entry-level positions or the entry-level positions I do see include language like ‘minimum two years experience’, I get the impression the organisation doesn’t see the value in what young people can bring to a workplace.

Young people are also definitely attracted to organisations that promote diversity – ones that create spaces where people can be their unique selves.

It’s also critical to have meaningful roles for young people as well – roles they actually want to do – and opportunities for professional growth and development as well.

So how does Oaktree promote diversity and inclusion among staff?

We have loads! The first is that we have a team of people whose sole focus is to develop initiatives that promote diversity in our workplace and community.

One of these key strategies has been diversity training, so we’ve actually created and run a facilitated diversity training session. This is based around activities that deepen people’s self-awareness, encourage discussion and allow people to develop greater understanding around diversity and inclusion, and how to promote it. We also do some really cool activities around unconscious bias.

We also have a diversity council made up of several incredible people from diverse backgrounds and communities that oversee our diversity work. This was a long time in the making but we’ve only just finalised the council, which is really exciting.

There are so many more, and it’s still a pretty new space for us – we have a lot of things to learn, a lot of ways to grow.

And just to finish off, can you tell us what else you’ll be sharing at the Not-For-Profit People Conference?

I’m going to share the key lessons I’ve learnt around the most effective ways to recruit and engage young people, and promote diversity in workplaces and communities. I’ll be sharing some key actions people can take away and implement in their own organisations based on these lessons. I want people to be able to take something away from my session, rather than just me talking about broad concepts and people thinking, ‘That sounds cool – but how can I do that?’

Want to get the full low-down from Alex at the 2017 Not-For-Profit People Conference? Find out more and book your place here.