Would you like to be able to constructively resolve conflict in your team? 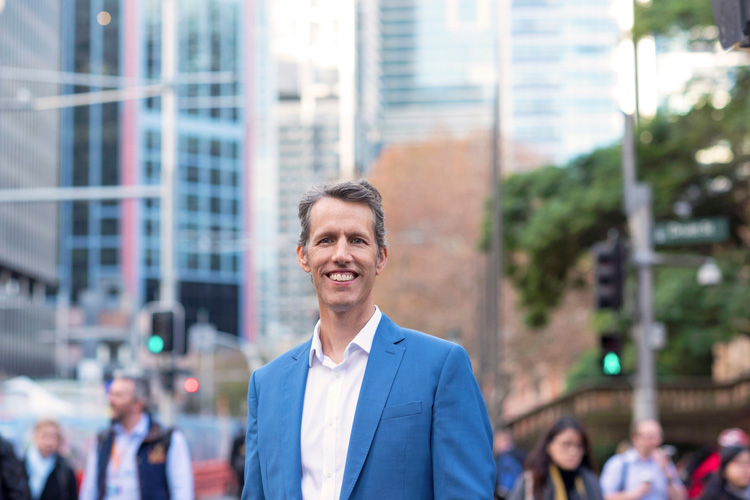 But despite disagreements being widespread in the workplace, they can often remain unresolved.

Enter the concept of “Conflict Intelligence” an approach to conflict which focuses on a) understanding the dynamics of conflict; b) assessing what changes are needed; and c) choose the appropriate skills/strategies for resolution.

Scott Dutton is a pioneer of Conflict Intelligence. A co-founder and director of Fighting Fair, a leading organisational provider of training workshops in conflict resolution, mediation and facilitation, Scott has more than 20 years’ experience helping some of Australia’s most well-known organisations build cultures of “conflict intelligence”.

Over breakfast on 26 June in Sydney and on 29 June in Brisbane, EthicalJobs.com.au is proudly presenting Scott, who’ll be speaking on the topic of “Conflict Intelligence: How to constructively resolve conflict in your team”.

Ahead of these events, we spoke to Scott to find out more about Conflict Intelligence and how it can help teams at Australian NFPs to work better together:

Hi Scott, thanks for chatting to us! So how did you first become interested in conflict resolution?

It has been an interesting journey; I’ve always been interested in understanding interaction and relationship dynamics.

As a teenager, I experienced a fair bit of family conflict as I was growing up, which drew me to a science degree with a major in psychology.

I also volunteered at a local not-for-profit organisation that focused on parent-adolescent mediation. I really liked and connected with both the mediation process and practice.

So I ended up going back to uni to do a social work degree, and then spent six or seven years in the youth homelessness sector mediating with young people, parents and carers.

What I find most interesting about conflict is holding the space where people can begin to understand each other and start to see the changes in their relationship dynamic.

It can be quite amazing to see the transformation from where the parties were prior – really stuck in the conflict and misunderstanding the other – to a shift where there is a willingness to reconnect and understand each other when they leave the actual mediation session.

So what happens when an organisation deals ineffectively with conflict?

Unfortunately, I see that all the time! I’m often called into workplaces that you might say don’t have very high Conflict Intelligence – where there’s been long-standing issues, where things haven’t been resolved – and that really has a huge effect on the team culture and work performance.

What you see is that people aren’t coming into work. There’s stress leave, gossip, cliques and it impacts on productivity and creativity. There’s also more complaints, staff leave and low morale.

I see that really impacting on team culture in terms of staff disengaging, blaming and mistrusting.

When I get called into that, I’ll work with the team to really try to identify what is not working, what the issues are – it’s about getting everything on the table so people feel heard and understood, and then we move into exploring ways to resolve the issues.

That involves everyone wanting that to happen and everyone taking ownership to make that change.

Tell us about “Conflict Intelligence” – how does it differ from other forms of conflict resolution?

Putting it succinctly, CI is about increasing your conflict IQ through awareness of conflict dynamics; the self and other; and the most appropriate conflict resolution process/skill to practice in different conflict situations.

The mindfulness aspect is really interesting because I’ve been travelling to India for 20-plus years practising meditation and mindfulness. What I’ve started to realise is that if you can approach conflict in a mindful way, there’s a much better chance of it actually being resolved.

Often when people come into a conflict their brains are engaged in habitual neurological patterns that usually aren’t helpful. The mindfulness aspect is a new approach to conflict with a much higher probability of a beneficial outcome.

And how can NFPs benefit from the Conflict Intelligence model?

Having worked in the NFP space for around 20 years now, I would say organisations often take a collaborative approach – both intra-organisationally and with other service providers and networks. This requires effective communication and conflict intelligence knowledge and skills. So, if issues come up, you can deal with them proactively and effectively.

Do you have any examples of organisations successfully applying conflict intelligence that you can share with us?

I won’t share the names of all the toxic cultures I’ve gone into! But what comes to mind is some of the really proactive organisations I’ve worked with.

For instance, I’ve worked with Uniting in both Sydney and Victoria for a number of years, and what I’ve seen with their leaders is that they’re really proactive.

They understand that if they empower their leaders and staff to be proactive and resolve concerns as they arise, it will be unlikely that the culture is going to go down that toxic path. They’ve created a conflict-intelligent culture.

Want to find out more about how conflict intelligence can help improve your organisation? Tickets for the Not-For-Profit People breakfast events in Sydney (June 26) and Brisbane (June 29) are still available – click on the link for your city for more information.