Could greater autonomy be the secret to growing your impact and improving staff engagement? 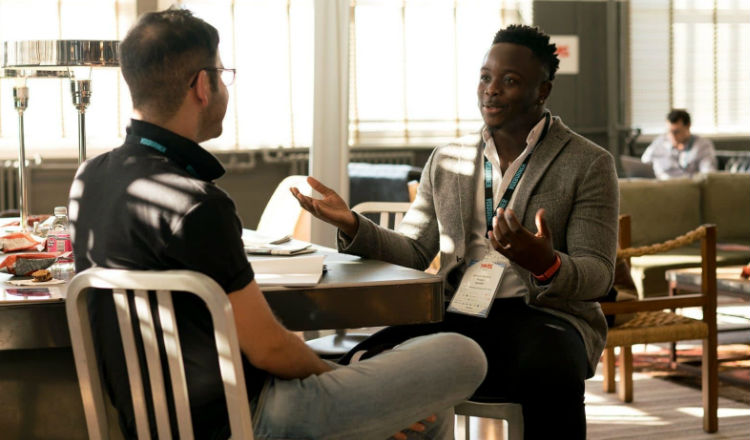 The introduction of the National Disability Insurance Scheme (NDIS) has been a catalyst for high levels of change in Australia’s NFP workforce.

With greater empowerment and choice for NDIS participants has come greater demands on service providers and their staff.

In turn, old workplace structures, processes and practices have sometimes struggled to keep up with new demands for flexibility, responsiveness and client-centred approaches.

One innovative solution, according to Yumi Stamet, Workforce Adviser at National Disability Services (NDS), lies in equipping staff with the autonomy to make their own decisions.

“It’s really about giving staff the space to take responsibility, to be creative and have that discernment about what the best solution is for them and the people they support at that point in time – and how you as an organisation can make that happen,” says Stamet.

Stamet is an advocate for achieving this via “distributed authority“, a management model pioneered in the Netherlands where teams self-manage rather than work under a traditional hierarchy.

Is distributed authority the right choice for your organisation?

According to Stamet, distributed authority models are best suited to weathering storms – something very relevant to the demands of the not-for-profit sector.

“Having a flatter, less hierarchical structure allows you to better respond to what’s happening on the ground and how that really impacts the people you’re supporting,” she says.

“A lot of organisations I work with have realised [that] hierarchy was taking away the choice and control of participants.” This, Stamet says, was leaving people feeling limited in their roles and less supported.

“No policy, procedure or process can actually capture the uniqueness of a client – so breaking down the hierarchy frees up the possibility for a more responsive and flexible service.”

When is a flat structure a hinderance?

Of course, there can be instances when self-directed teams would not be a good fit.

“If you have a very standardised product or something that needs to be delivered in exactly the same way each and every time, maybe the best option is a hierarchy with strong procedures and policies,” Stamet acknowledges.

Moreover, Stamet argues that organisations that don’t really believe in the distributed authority concept or principles – ones that might be considering the model purely from a financial point of view – should not “even get started because you will probably do more harm than good”.

What to do when people resist the new structure

Change is never easy – particularly for large or complex organisations where it can sometimes meet opposition from staff.

However, Stamet argues, resistance can serve as the canary in the coal mine, and should always be acknowledged.

“Meeting resistance means that you haven’t really informed people well,” Stamet says. “I don’t think people resist change – they resist what they don’t understand or what they really have concerns about.

“If you can really make a purpose-driven change, a lot of people will actually understand that and be excited to be a part of that.”

While Stamet doesn’t single out any personality types as being incompatible with distributed authority, she does highlight some individual traits that might make it harder for some people to get on board.

“You need people to be able to work in a joint decision-making framework, which means [people] need to be able to compromise,” Stamet says.

“So for people really keen on being ‘the boss’, it doesn’t tend to work.”

Recognising these traits is one thing, but managing them is something else altogether – and Stamet says that can lead to some difficult decisions.

“You might actually have to let go of people who simply do not fit the mould [of the new model] or aren’t comfortable working in that space,” she says.

Stamet says it’s also important for managers to self-examine, suggesting that leadership styles that favour strict adherence to policies and procedures might not be the right fit for this kind of approach.

How to transition your organisation to a distributed authority model

Shifting your organisation away from a traditional hierarchical structure to one where authority is more evenly distributed can be a significant and complex undertaking. But, Stamet says, if done well it can revolutionise your workforce.

Here are three essential things to focus on before attempting such a transition:

Stamet’s says the first priority is to make sure you are really clear on why your organisation is pursuing distributed authority to begin with.

“If you’re ambivalent or not really clear on why you’re [moving to a distributed authority model] then it becomes quite hard to keep on the path.”

The natural progression from the ‘why’ is the ‘how’, which Stamet says is also a critical consideration – but it’s not quite as simple as duplicating another organisation’s success.

“You can draw a lot of inspiration and ideas from the many examples of [distributed authority], but you have to build your own model – there’s no copy and paste here,” Stamet says.

According to Stamet, organisations should think about:

“You have to tailor-make [the structure] to your organisation and really listen to your front line staff – gain their insights on what’s going to work and what’s not.”

Another essential piece of the puzzle is having the right supports in place, the oversight of which Stamet says can be the Achilles’ heel of an otherwise well-designed self-directed management model.

Stamet says supports often work well in the form of a coach and/or strong administrative support, with the end goal being for staff to feel comfortable asking for help.

Essentially, it’s about ensuring your organisation is flexible and responsive to the needs of not only of your customers and clients, but your staff as well.

“The creation of self-directed teams is sometimes mistakenly seen as a space where you can just pull away and say, ‘Well, you’re self-managing now so find your own solutions,’” Stamet says.

“But you have to put in place really clear guidelines and frameworks for people to actually feel that they have that freedom to take responsibility.”