4 ways to stop racism in the workplace 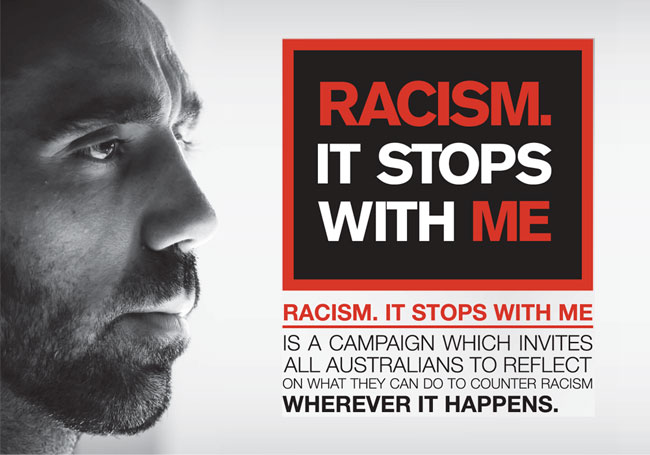 More than six years ago the Australian Human Rights Commission launched the “Racism. It Stops with Me” campaign under then Race Discrimination Commissioner Dr Tim Soutphommasane. Since then more than 400 organisations have pledged their commitment to anti-racism.

The campaign’s aim was to ensure more Australians recognise that racism is unacceptable in our community, and to empower individuals and organisations to prevent and respond effectively to racism.

Initially launched for three years, the campaign was extended in 2015. A time that was, Dr Soutphommasane says, dominated by race-related headlines, with anti-immigrant vitriol fuelling racism around the world – and Australia was not immune to this.

Reassuringly, Soutphommasane says that “our multicultural consensus remains strong”. However, he says, there is still more to be done to renew anti-racism interventions. And it’s important work, particularly when you consider that 49 per cent of the Australian population originates from another country or has a parent who was born overseas.

So what can your organisation do to stop racism? And what more could it be doing? Here are four ideas from the campaign:

Your organisation could institute programs or policy changes to reduce racism in your workplace or community.

Ventura Bus Lines joined the campaign following the racial abuse directed against French passenger, Fanny Desaintjores. As part of their involvement in the campaign, Ventura developed driver protocols for responding to racist incidents in order to ensure that drivers know how to respond appropriately to racist behaviour, harassment or physical violence on their buses.

The NRL updated their policies after thorough briefings and consultation between the Australian Human Rights Commission and NRL staff and stakeholders. The consultation conducted a full examination of Rugby League’s “promotion of a safe and inclusive sporting environment through education programs, events, policies, code of conduct, complaint procedures and sanctions”.

The goal of this consultation was to move the NRL from good practice to best practice, and build a social inclusion framework that would help the NRL “promote participation and engagement across a diverse range of people within the rugby league community”.  Further, the Human Rights Commission will continue to develop and deliver workshops to demonstrate the relevance of these frameworks to the NRL community.

While the NRL signed on to the initiative in 2012, the relevance of its work and commitment continues today, with racism coming to the fore in the code again as recently as this year.

And if you’re changing your policies or introducing internal programs to combat racism, don’t forget to add details of it to your onboarding package for new recruits.

You could follow the example of many existing supporters and ask members of staff or the community to pledge their personal support of the campaign messaging.

The Queensland Government Department of Aboriginal and Torres Strait Islander and Multicultural Affairs, for example, informed staff members of the campaign’s aims and objectives and invited them to demonstrate their commitment by making personal pledges.

The Multicultural Development Association similarly asked staff to make campaign pledges as part of their official support. MDA also partnered with the Queensland Anti-Discrimination Commission to deliver training on racism and how to make complaints, as part of regular professional development sessions for staff.

The Football Federation of Victoria (FFV) implemented the Don’t Stand By. Stand Up! initiative, to encourage Victorian football clubs to pledge to take a stand against racism. As part of the pledge, clubs are required to nominate at least two club officials to undertake FFV’s Respect and Responsibility course and commit to promoting the initiative to club members and networks.

Part of your support could involve holding an event in support of the campaign messaging. The City of Greater Bendigo held a public event to announce their support during which staff asked members of the community to make personal pledges to stand up against racism.

More than 130 events, including forums, workshops, film screenings and other similar events to spread the ‘It Stops With Me’ message have been held since the campaign commenced.

Your organisation can endorse the campaign by prominently featuring the campaign logo on staff induction documents, and on your careers website.

You can also register with the Australian Human Rights Commission as an official supporter, and get your logo featured on their website.

If you are ready to become an official campaign supporter, you can download and complete the supporter agreement and send it to antiracismsecretariat@humanrights.gov.au or by mail at Anti-Racism Campaign and Strategy, GPO Box 5218, Sydney NSW 2001

Or you can get in touch with the Commission if you would like to discuss becoming a campaign supporter, what is involved and what types of activities may suit your particular organisation.

If you hear something, say something

The campaign advises people who see racist behaviour towards a colleague to:

The video below offers just one example about how you can stand by someone experiencing racism in your workplace.

Does your organisation have a case study of how you’re working to stop racism in your workplace or community? Please let us know in the comments – we’d love to do a profile of you!