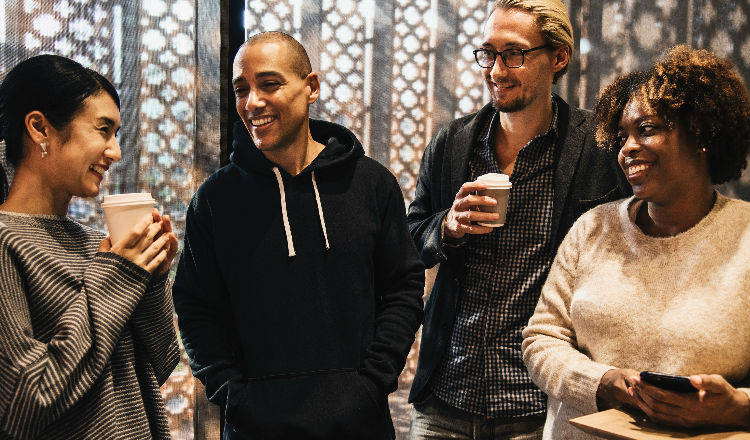 With benefits ranging from increased productivity and innovation to higher engagement and retention rates, a diverse workforce can have far-reaching positive impacts for organisations.

But how exactly can you achieve a diverse workforce, encompassing race, gender, disability, age, sexual orientation and other types of diversity?

Div Pillay, a former recruitment specialist and co-founder and CEO of MindTribes, helps organisations develop intercultural business capability. We asked her how to best approach recruitment through the lens of diversity.

It’s clear that diversity can only serve to benefit your organisation. But Pillay delivers an uncomfortable truth on why that’s the case.

“If you’re making decisions about product design or service from a homogenous Anglo-Celtic and mainly male perspective, then you’re designing products and services that are flawed from the beginning,” she says.

However, she is adamant in her belief that diversity in and of itself is not enough.

“You can’t just have many colours in your pencil box and go ‘excellent, job done’,” she says.

“It’s about how many of those colours are used to frame your picture, and it’s about whether you’re using them the right way.”

What exactly does this mean? You can’t just recruit diverse people and expect to see benefits – you need to populate your organisational chart more strategically than this.

“Whether you have representation at the right levels and right portions of your organisation is where the business impact will come from,” Pillay says.

Getting the plan right

Pillay suggests creating a roadmap for increasing diversity – that is, look at where your organisation is not diverse at the moment, where it needs to be, and what the path between the two looks like.

For instance, is it about the top level and ensuring diversity of decision-making and leadership? Or, as Pillay questions, “Is it about getting people in at the grad and entry-level roles, and retaining that diverse talent all the way up to the 10- to 15-year mark into entry-level leadership roles?”

Pillay suggests that it’s not a one-size-fits-all approach.

“It’s different for every size and type of organisation, and you need to take [your approach to diversity] from a planning and strategic direction perspective.”

Witnessed through her work with MindTribes, Pillay says many organisations make ill-informed knee-jerk decisions about diversity when deficiencies are uncovered.

“The typical starting point is always gender,” she says.

“But that really is still quite homogenous in terms of diverse thinking and decision-making; it’s ignoring the other parts of diversity that are really important.”

“It’s just like any other business metric; if you were planning out costs or sales improvements, you would go about it the same way,” Pillay says.

Advertising is one of the most powerful tools at your disposal for increasing diversity in your organisation – if done right. Pillay offers four key tips:

1. Use the right language

Language that’s “coded” with meaning can be a deterrent to people from diverse backgrounds, who may not see themselves reflected in those words.

For instance, ‘competitive’ and ‘dominant’ are widely acknowledged as highly gendered terms (more likely to appeal to a male candidate), while ‘go-getter’ and ‘energetic’ can be a deterrent for older candidates or those with a physical disability – and there are scores of other terms like them.

It’s important to think critically about the language you are using and how a potential candidate might perceive that term. If you think there’s a chance a particular word will marginalise candidates, leave it out.

Small tweaks to the ‘person specifications’ – the section in a job ad often titled ‘Who are you?’ or ‘About you’ – can have far-reaching outcomes on your ability to attract diverse candidates.

“How exactly do you measure charisma? Do you really need an extrovert? Or is that just that that description fits the current team?

It’s important to consider what your personality trait specifications convey to other demographics, Pillay says.

“People from other countries and Aboriginal and Torres Strait Islanders have different cultural behaviours and [are generally] more respectful to hierarchies,” she says.

“They are unlikely to openly challenge peers and senior people; they are unlikely to highly profile themselves and they would rather their work speak for itself.” Using words like ‘extrovert’ can therefore deter diverse people who don’t see think the term is reflective of themselves.

Instead, Pillay advocates using job-relevant terms that are quantifiable.

“For instance, if you’re looking for an analytical or problem-solving ability, those are competencies that should not be expressed using ‘character’ types of words,” she says.

That might mean saying ‘strong persuasive skills’ or ‘strong sales skills’ rather than ‘charisma’.

On top of that, Pillay suggests cutting the number of desired qualities down to the bare minimum necessary.

“There’s often about 10 to 12 bullet points, and that’s an exhaustive list that’s again open to subjectivity,” she says.

“Do you need all 12 descriptions of what you’re looking for in a candidate? Or can you pick the top five things?”

You’ve probably heard the statistic that women will only apply for a job when they meet 100 per cent of the criteria, while men will apply having met far fewer requirements.

Pillay says this in an important consideration when crafting your job ad.

“Females are often very detailed-oriented; they feel compelled to tick all the boxes of the job specs [before they apply],” she says.

That means doing away with unnecessary criteria like number of years of experience or specific qualification levels if possible, as well as being more flexible in how you assess a candidate’s suitability.

It’s also always a good idea to cover all bases by including a disclaimer that encourages people to apply even if they don’t meet 100 per cent of the selection criteria.

A job ad is not the place to be humble: sharing your organisation’s diversity initiatives and/or policies is a great way to attract more diverse candidates who might skip over a job ad for a workplace that doesn’t clearly accommodate or embrace diversity.

“Share [and highlight] that the environment is accessible for everyone and designed ergonomically for everyone; is accepting of people bringing their whole selves to work; and sees diverse experiences and backgrounds as an advantage,” Pillay says.

This could be as simple as including a statement about being an equal opportunity employer, or you could delve deeper by mentioning benefits like your organisation’s parental leave and childcare initiatives, flexible work hours or minority mentorship programs.

So, once you’ve done your due diligence by creating an inclusive job ad, how can you make sure it continues into the interview process?

To start, Pillay is a strong advocate for panel interviews, which can effectively serve to strip out some subjectivity.

“Make sure there’s not just one person interviewing the candidate – you need two or more,” she says, adding that panel members should also be diverse themselves.

This way, it’s easier to see what a successful answer looks like rather than being swayed by a dazzling speaker or personality.

“Australian interviewing culture is very much built on rapport and getting to know someone,” Pillay says.

“Which is great, you can do that – but you should still have much of the interview very job-relevant and evidence-based.”

This approach helps to force the panel to make a choice against those key result areas rather than succumb to any unconscious biases.

Finally, Pillay suggests utilising work sample testing as a way to ensure the final judgement is based on merit alone.

“It’s mostly free of bias because the person’s showing you what they can do in the job as opposed to talking about it, which can be very subjective and very bias-laden for people who come with a language barrier or an accent,” she says.

You might have all the diversity-friendly measures in place, but it won’t count for much if efforts to hire from a broader spectrum of people are thwarted by unconscious bias.

Adding to the strategies already outlined, Pillay suggests employing blind recruitment strategies if possible – something she believes is of particular importance in a multicultural society like Australia.

“I suggest doing a control study of it – get some candidates where you can take out those demographic details and see what comes through, and then do another one where you see the demographic information to test the bias that’s inherent in the hiring team,” she says.

Ultimately, Pillay asserts, ensuring there’s good rigor around decision-making can really mitigate the influence unconscious bias can have in recruitment.

“It really is about putting those previous steps in place so that at the end when you’re making a decision it is about evidence – it’s not about personal perception,” she says.