One more simple, free thing you can do to boost staff engagement and make your team healthier, happier and more productive: eat together 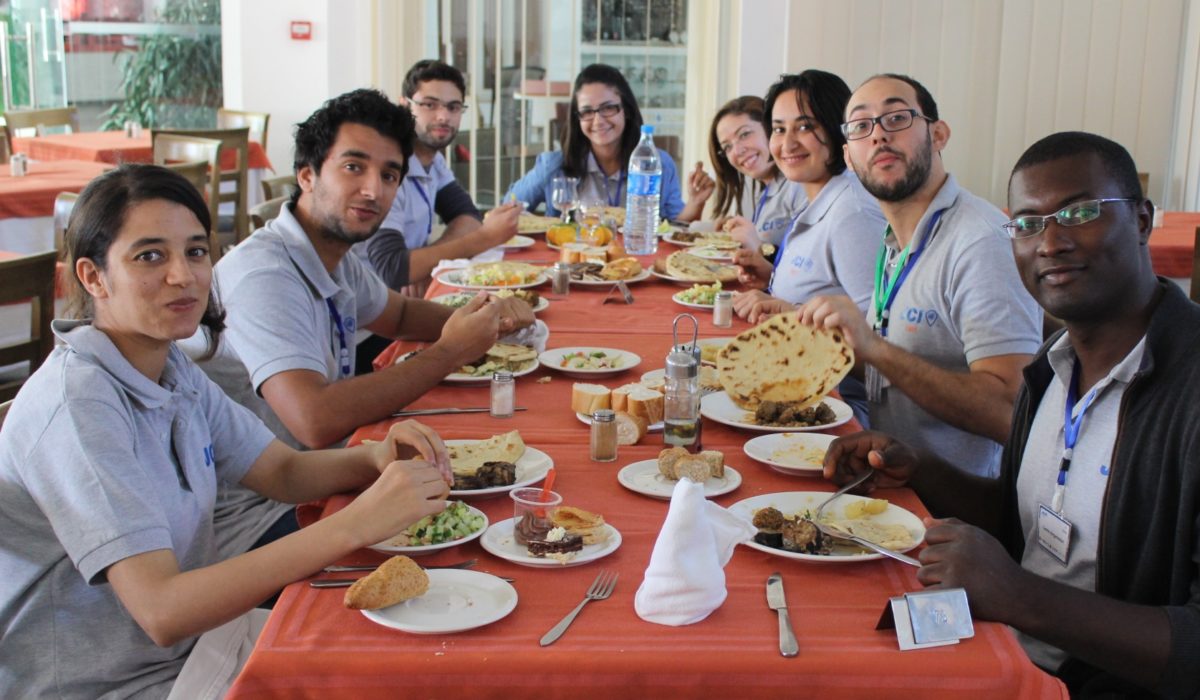 Almost half of all Australians work through their lunch break. And more than a quarter of us – 3.8 million Australians – don’t take a lunch break at all, according to the Australia Institute.

While that’s not as bad as it is in America – where, according to the New York Times Magazine, as many as 62 percent of professionals say they typically eat lunch at their desks – it does seem like the traditional lunch break is on the decline.

But while it might outwardly appear that your lunch-break-skipping staff are admirably committed to their work – and that’s good for your team and your organisation – the real impact is more insidious.

Not taking a lunch break is bad for your team’s health – studies show that people who don’t eat lunch are more likely to “graze” throughout the day – which leads to an overall increase in the volume of food consumed.

But potentially more important for your organisation, when staff eat lunch at their desks they miss out on opportunities to interact with colleagues, share ideas, and build communities and networks of support with those around them.

In fact, the Australia Institute’s Richard Denniss says that staff working through their lunch breaks is potentially an indicator of a bigger problem that must be addressed to avoid losing your best workers.

On the other hand, when staff prepare and/or eat food together, the impact on their wellbeing and their work performance is significant.

A recent Cornell University study on fire stations in a major US city found that the ones in which firefighters regularly cooked and ate together reported better team cohesion and cooperation, and workers were consequently better at their jobs.

That’s because there’s a special kind of intimacy involved in the simple act of sharing a meal. It strengthens bonds between staff, which in turn makes them feel happier at work – and, ultimately, happy staff equal productive staff.

The study, published in the journal “Human Performance” found that:

Cooperative activities among coworkers can provide valuable group-level benefits; however, previous research has often focused on artificial activities that require extraordinary efforts away from the worksite. We investigate organizational benefits that firms might obtain through various supports for coworkers to engage in commensality (i.e., eating together).

We conducted field research within firehouses in a large city to explore the role that interacting over food might have for work-group performance. Using a mix of qualitative and quantitative methods, our field research shows . . . that firms can enhance team performance by leveraging the mundane and powerful activity of eating.

So why not give it a go: organise a regular team lunch – it doesn’t need to be fancy, and you don’t even need to provide the food – just get your people to come together with their own meals on a regular basis.

Or, go one further and cater your team’s lunches. Providing a communal lunch even just once a week or month could have far-reaching team-building benefits that will greatly outweigh the cost of the lunch itself.

Does your organisation encourage staff to take lunch breaks? Please share your thoughts in the comments below!

Image: By Touzrimounir (Own work) [CC BY-SA 4.0], via Wikimedia Commons.