Paws for thought: the case for bringing pets to work at your NFP 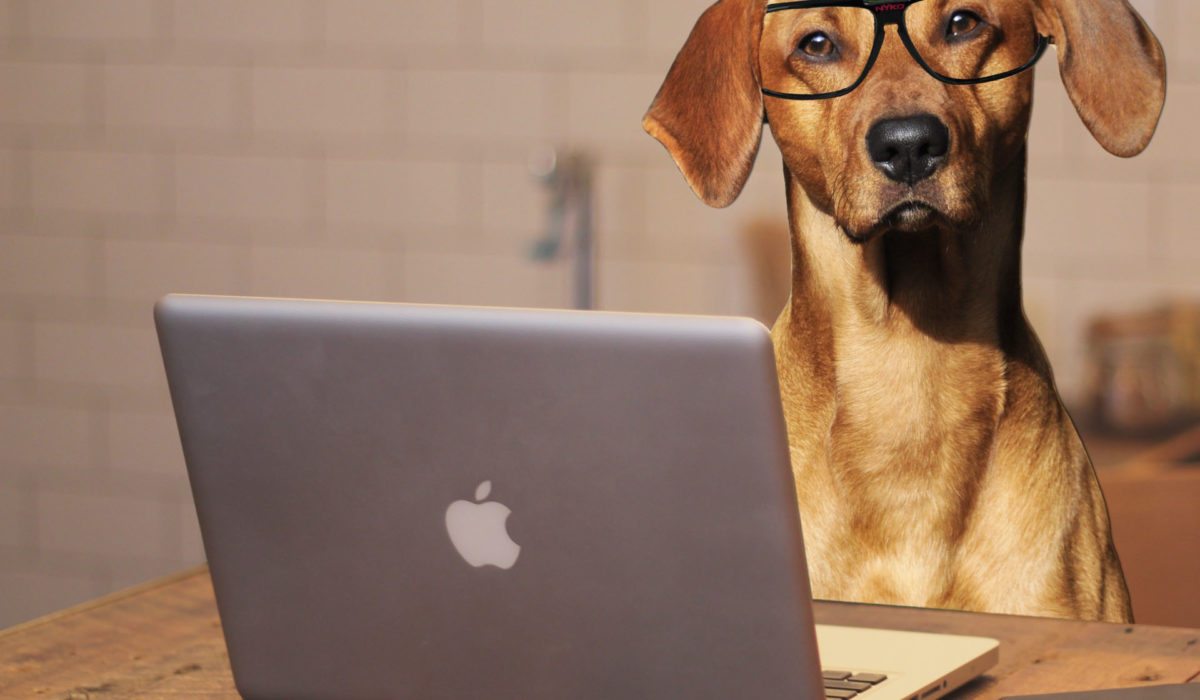 Did you know that staff who bring their pets to the office experience a drop in stress levels of around 11 percent?

That’s according to a 2012 study that also found that people forced to leave their pets at home are up to 70 percent more stressed than the average worker.

Another study from the US supports this, showing that staff in pet-friendly workplaces are happier and friendlier than their pet-free counterparts. They’re also more trusting of their peers, as well as more creative and cooperative.

And in the not-for-profit sector, where work can be more stressful and emotionally charged than in corporate or government offices, pets can be particularly beneficial to staff wellbeing.

Despite this, the RSPCA estimates that less than 25 percent of Australian offices are pet-friendly.

So if you’d like to explore how to make your office pet-friendly, here’s the story of how one Australian NFP organisation did it to staff acclaim:

A case study in four-legged colleagues

Pets have always been welcome in the offices of Melbourne-based animal protection organisation Animals Australia.

“It’s a really positive thing. I can’t actually think of anything negative about it. We’ve never, ever had an issue with it.”

Dogs are a big part of Animals Australia’s organisational culture – they’re even invited to birthday gatherings, celebrations and meetings.

“The dogs are the physical manifestation of what we do every single day. We do it for the dogs – and the pigs, sheep and cows. So that’s what it’s all about,” Natasha says.

Natasha says the dogs are also great for improving morale when finishing “heavy” pieces of work.

So how does the practice look on a day-to-day basis?

The maximum number of dogs in the office at any given time is around six, while the average is closer to one or two.

Staff members provide everything their dogs need to be comfortable, like food, toys and, importantly, beds, which are placed beneath desks and are where the dogs spend most of their time.

Dogs are also taken outside regularly for toilet breaks.

But because dogs have become part of the organisation’s office and culture slowly and organically, there was never any need for an official policy.

New dogs are introduced slowly to test their compatibility with others, as well as their overall suitability to office life.

What about potential problems and legalities?

If you’re entertaining the idea of allowing dogs into your organisation’s office, making room to consider the full range of potential drawbacks is necessary – especially with personal injury, property damage, staff allergies and fears, and landlord clashes all possibilities.

While Animals Australia reports having no such problems with the practice, Natasha does mention that staff occasionally find themselves spending too much time focusing on their four-legged friends.

“Sometimes the dogs can be time-wasters – you probably spend a bit of time with them – but that’s not necessarily a bad thing,” she says.

But while a relaxed approach has worked for Animals Australia, Natasha doesn’t necessarily advocate the same for all organisations.

“I think that if you were looking to start it up from scratch, there’d definitely need to be some real considerations around who is responsible for the animal when they are in the office, and what happens if there is any injury to another person’s dog or to an individual themselves,” she advises. That includes considering “what sort of insurance or other health and safety policies may need to be put in place.”

How to make it work for your organisation

A pet-friendly workplace certainly doesn’t need to be the exclusive domain of organisations whose work focuses on animals – even decidedly non-animal-based companies like Google, Pinterest and Nestle welcome dogs into their offices.

And while it’s not suitable for every type of workplace, Natasha believes a pet-friendly office is easy to implement in the right environment – if it’s introduced slowly and clear responsibility is established early on.

“Make sure people understand their dogs are their own responsibility when they’re in the office, and have a very clear understanding of what would happen,” Natasha says in reference to possible issues with noise, personal safety or cleaning up after pets.

If it’s a concern to either the owner or their colleagues, Natasha says you may need to establish clear “agreements in relation to that, but I think that really depends on the culture and nature of the [office] environment”.

Natasha also recommends that any new dog is given the opportunity to come in when there are few or no other dogs in the office – to ensure the dog is of an even temperament in the first place.

Another great tip is to establish a calendar or booking system to control the number and type of pets in the office at any one time.

“You’d also want to ensure everyone is comfortable with the policy – make sure you do your research and understand how people feel about having dogs in the office,” Natasha adds.

So if you want to experiment with a slightly unorthodox approach to boosting staff morale and productivity – and one that won’t likely cost your organisation a cent – a pet-friendly office policy could be the ‘pawfect’ way to do it.

Is your office pet-friendly? If not, would you consider introducing a pet-friendly policy? We’d love to hear your thoughts in the comments below!