Dealing with high staff turnover? Here’s what you need to do 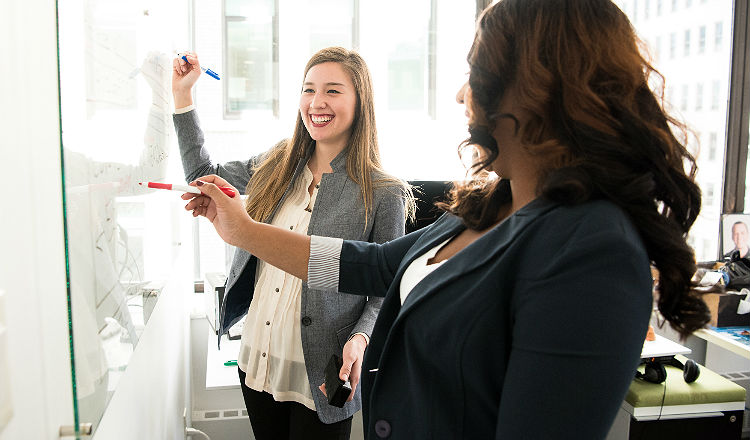 Change can often make people feel stressed and uncertain of where they stand, which can lead to dissatisfaction, low morale, increased absenteeism and presenteeism – and, eventually, high staff turnover.

It’s an issue that affects many organisations, with change often being a constant in NFPs.

So how can you ensure your organisation can keep your staff on board – and happy – during tumultuous times?

It’s something Can:Do Group’s Heidi Limareff can answer better than most.

Can:Do provides support and assistance to children and adults across South Australia who are deaf, hearing impaired, blind or vision impaired.

Since coming on board as CEO, Limareff has brought the organisation’s staff turnover rate down from a substantial 30 per cent to just 8 per cent.

So how did she do it, and how can you replicate that success in your own organisation?

It’s no secret that the NDIS has significantly shaken up the disability services sector in ways that many organisations were unprepared for.

“I think the biggest challenge to our sector has been about measuring costs, and also measuring the productivity of staff,” Limareff says.

For Can:Do itself, an organisation that works directly with children and young adults with sensory impairment disabilities, Limareff says the NDIS has changed “every single facet” of the organisation.

To adapt, she cites a number of key responses on the part of the organisation, ranging from updating marketing strategies to changing outdated systems in order to better serve clients – who themselves have also changed.

And while Limareff says Can:Do has always believed in the NDIS, it hasn’t always been smooth sailing.

“I think it’s honest to say for some people this was a bridge too far – it’s not like we all held hands and walked over a rainbow together,” she says, adding that it was around this point that the organisation began to sputter.

Along with NDIS challenges, Can:Do’s slide towards 30 per cent attrition was triggered by significant changes within the organisation.

Can:Do received an “awful reaction” from staff to some important business decisions made from 2012, including the sale of a key building and the subsequent relocation of staff.

“For a couple of years we had huge pockets of negativity that really started festering,” Limareff says.

“Can:Do was completely siloed and there was a massive lack of harmony.

“It was a perfect storm: moving location; unhappy key constituents; the NDIS was coming in and only affecting one team – which needed a lot of attention – and we also hadn’t really reviewed staff salaries for quite some time.”

The first step in addressing the problem, Limareff says, was acknowledging it. That included administering an organisational culture survey to help pinpoint the exact source of pain.

The result? “We found there was actually a lot of low-hanging fruit we could immediately tackle,” Limareff says – things like improving internal communications and leadership training.

Can:Do also rolled out the National Disability Services’ (NDS) framework for job classifications, working to reclassify most jobs – particularly those of frontline staff ­– and to systematically raise staff salaries to reflect the market.

Why do people leave?

For Limareff, the heart of why people leave organisations comes down to one thing: recognition and reward.

“I think the number one reason people leave their jobs is because they’re not feeling valued,” she says.

Limareff also believes people leave their managers before they leave the organisation – which means having the right leadership is critical.

She also cites practical reasons like better pay, but says this comes much further down the scale than most people might think.

And, in the NFP space, “if someone feels like they’re not making a difference or they feel like their organisation is lacking integrity, they would likely leave as well,” Limareff says.

How to create loyalty

While Limareff admits she doesn’t know what hiring for loyalty looks like, she is adamant that creating loyalty among new staff isn’t just possible – it’s critical.

She paints this picture with the story of a manager who has been with Can:Do for five years – though she was initially hired with a one- to two-year exit strategy in mind.

“She expected it to be ‘holdover’ job,” Limareff says.

“But she said it’s been amazing because she keeps getting challenged and the organisation is dynamic – she loves coming to work every day.”

Limareff’s outlook on building this kind of loyalty is simple: people are loyal to organisations they believe in.

To replicate Can:Do’s success, Limareff insists it’s critical to promptly address staff with poor workplace behaviour or those who underperform.

“I strongly believe people leave organisations because they see other people getting away with total rubbish, and it runs them down,” Limareff says.

Limareff has also introduced a new approach to performance reviews, which she says has been a big factor in boosting loyalty.

Instead of reviewing staff solely against the technical aspects of their job descriptions, Can:Do rates them across three areas: technical expertise, administrative abilities – which Limareff describes as “everything that backs up your ability to be good at your job” – and professional behaviour.

How to decrease turnover  in your organisation

As a first step, Limareff says it’s critical to acknowledge high turnover as an issue. And once you do, don’t externalise the reason behind the staff losses or assume that you know why it’s happening – “get a grip” by asking questions and running culture surveys.

“And when you ask, you have to be ready to hear some pretty uncomfortable truths,” Limareff says.

She also offers the following advice:

It might sound obvious, but Limareff says hiring the right people is critical.

“Hire based on attitude and values more than skills – you can always teach skills,” she says.

And if the person you hired isn’t quite the right fit after all? Limareff is an advocate for what she calls ‘failing fast’.

“If you made the wrong decision and the person doesn’t fit your culture or the performance requirements, move quickly to get them out of the organisation – don’t let a problem fester,” she says.

2. Get to know your staff, trust them and invest in them

It goes without saying that your staff are your organisation’s most valuable asset. But according to Limereff, not enough employers are willing to trust their staff – which is a key building block for loyalty.

“Trust yourself that you made the right decision, and then start trusting the person,” she says.

On top of that, show an interest in your staff by asking questions and acting on the responses.

“Get to know your people and learn what they value in the workplace,” Limareff says.

“Find a way to give them this, whether it’s recognition, continued learning, varied caseload.”

3. Be transparent about issues

This one’s all about communication, which Limareff says is non-negotiable.

“Let people know that you know what their pain points are – and tell them what you’re going to do to address them,” she says.